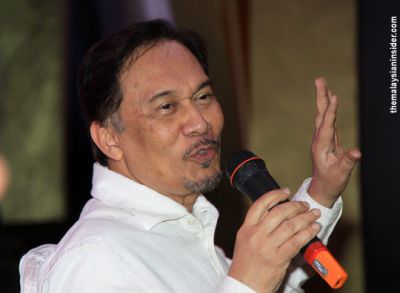 PUTRAJAYA: The High Court ruling which acquitted Datuk Seri Anwar Ibrahim on a sodomy charge has seen the government cleared once and for all of the many baseless accusations of political interference and conspiracy against the opposition leader, said Datuk Seri Najib Tun Razak.

“Today’s verdict shows once again that, despite what many have claimed, the Malaysian judiciary is an independent institution where neither politics nor politicians have any influence over the dispensation of justice,” he said.

Najib said this further strengthens the clear separation of powers of each branch of the Malaysian government, with neither branch interfering with the workings of the other.

“As head of the executive branch, I respect the decisions of the other branch of government, the judiciary,” the prime minister said in a statement.

The High Court acquitted and discharged Anwar, 64, on a charge of sodomising his former aide, Mohd Saiful Bukhari Azlan, 26, in 2008. Najib noted that this case was brought by a private individual and it was important that he had his accusations heard in court.

“Far from being a politically-motivated prosecution, it has been an unwelcome distraction from the serious business of running our country in the interests of the Malaysian people,” he said.

Former Prime Minister Tun Dr Mahathir Mohamad said although he was surprised with the court’s decision on Datuk Seri Anwar Ibrahim’s sodomy case, it, however, proved that there was no government conspiracy or interference in the country’s judiciary.

Dr Mahathir said the Kuala Lumpur High Court’s decision today also helped clean the Barisan Nasional government’s image and enhanced its credibility against wild accusations by certain quarters that the government was autocratic to the extent of manipulating court judges and court decisions.

“I’m surprised that he (Anwar) was found not guilty. This shows that there have been no government conspiracy against him since before until now.

“When they found and said he was not guilty, perhaps the other party will want to appeal (against the court’s decision), I don’t know.”

He said the country’s judiciary was always independent and was not influenced by any quarters, including the government or opposition, in arriving at any decision.