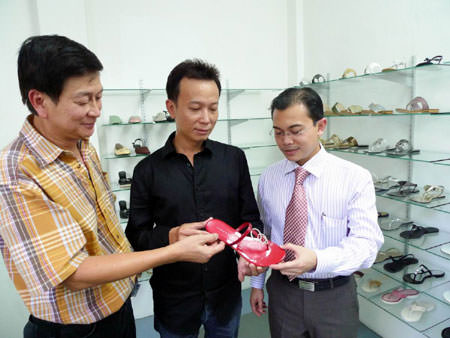 THERE was much hype surrounding the setting up of the country’s first-ever Shoe City in Ipoh, when it was first announced.

More than two years after the state government announced plans for the project to boost the city’s shoe-making industry, many are wondering what has happened to it.

Perak Footwear Industry Association president Low Heng Keat said it was waiting for a piece of land promised to it by the Ipoh City Council.

The association, he added, had yet to receive any information from the authorities about the status of its application for a 2ha piece of former mining land at the Pengkalan Industrial Area.

“We really hope the state can give us the land soon so that we can start the project.

“We have no idea as to how soon the approval will be granted,” he told The Star.

The project, which was first announced by Perak Mentri Besar Datuk Seri Dr Zambry Abd Kadir more than two years ago, is intended to showcase and promote products from the local footwear industry.

However, the project met with several obstacles, including problems with identifying and getting a suitable location to house the project.

It was later reported in 2010 that the project was in jeopardy as the association had claimed it could not afford the high rent for a site in Bandar Baru Medan Ipoh that was initially proposed.

Early last year, the council stepped in and agreed to allocate the piece of land in Pengkalan to the association.

“We have already submitted our proposal for the project, which includes our building plans, to the state.

“Everything now hinges on the approval for the land,” he said, adding that the project would have an exhibition centre.

“The project will still go on, but we need to go over the plans for the project first.

“It is not just about simply constructing a building. There must be proper planning to ensure everything is in place,” he said.

Dr Mah said he last met with the association in November to discuss the project.

“We are excited about the project and also wish for it to be completed as soon as possible,” he said, adding that both parties had not set a time frame as to when the project should commence.