Countdown to general election underway as polls must be held soon 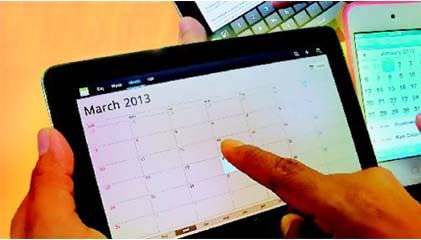 NO more guessing when the general election will be held it will definitely be on this year.

The arrival of 2013 marks the start of the final countdown to the 13th general election, the timing of which had been the top political chatter for the past two years.

With just 17 weeks left before the term of the Dewan Rakyat expires on April 28, political parties are all set for what promises to be the most intense polls ever.

It is anyone’s guess when Parliament will be dissolved but it will pave the way for Datuk Seri Najib Tun Razak’s first voter-mandate since becoming Prime Minister in 2009, though March appears to be an opportune month.

Election Commission deputy chairman Datuk Wan Ahmad Wan Omar said the EC will reach 100% readiness by the end of February, its deadline to complete all polling day preparations, such as securing the indelible ink that would be used for the first time.

Najib and his deputy, Tan Sri Muhyiddin Yassin, are expected to wrap up their final overseas working visits by late next month (February), after which they will remain in the country for the final push to the polls, sources said.

Najib’s overseas itinerary will include the World Economic Forum in Davos, Switzerland, while Muhyiddin will be making a working visit to the United States this month.

Najib’s New Year address, which outlined the Government’s accomplishments in the past year, was laced with the choice that Malaysia’s 13.1 million voters will soon face at the ballot box.

“The Government and myself will not be capable of providing the best possible service to the people without solid support from each of you.

“Give us a clear mandate and we promise to utilise your trust in the best possible manner to build a Malaysia for all.

“Even all this time it has been proven that we fulfil all our promises and commitments,” said Najib.

Muhyiddin, in his New Year message, urged the people to support the Government as the Government’s efforts have placed Malaysia on track to achieve developed status by 2020. The new year, said MCA president Datuk Seri Dr Chua Soi Lek, promises to be exciting as the party heads into a “do-or-die” battle.

Barisan Nasional secretary-general Tengku Adnan Tengku Mansor said the headquarters has already issued instructions right down to the division level to be prepared for the polls at any time now.

“It is like preparing for an examination; we have done the groundwork and are waiting for the PM’s signal,” said MIC secretary-general Datuk S. Murugesan.

Meanwhile, the Pakatan is also entering 2013 with guns blazing.

Large gatherings by Pakatan are expected to spice up the political atmosphere in the run-up to the general election.

“There will be more intense arguments breaking out over politically charged issues at the gatherings, which will spill over to the Internet and spread through SMS or leaflets,” said National Council of Professors deputy chairman Prof Datuk Dr Shamsul Amri Baharuddin.

With both sides gearing up, expect Malaysia’s political climate relatively tepid in recent weeks due to the 2012 year-end festivities to soon turn white-hot as election fever grips the nation like never before.