Concern over details on subsidy revamp 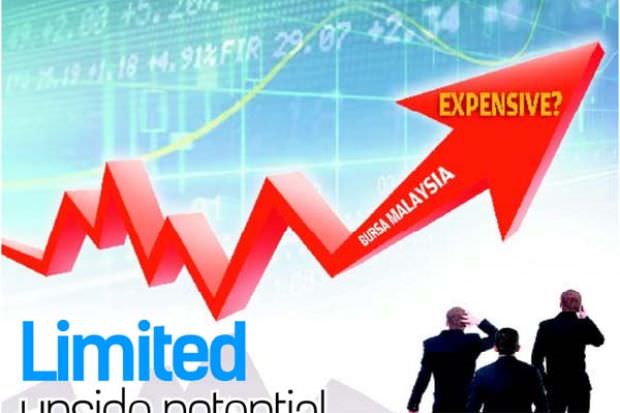 PETALING JAYA: Pricey valuation may limit the local bourse’s upside, although the country has, for the moment, fended off potential stock sell-off inducing rating downgrades after announcing measures last Friday to broaden the tax base and lower the fiscal deficit.

Analysts said the budget unveiled on Friday contained some hits and misses. While lauding the strong commitment towards fiscal reform, they also lamented the lack of specific details on the Government’s subsidy rationalisation programme.

Fitch Ratings, for one, is keeping a close watch on the Government’s fiscal consolidation and reforms. The firm highlighted three key announcements – the Government’s commitment to meet its budget deficit reduction goals, budgeted cuts in its subsidy bill and the introduction of the goods and services tax (GST) – as “potentially constructive” for Malaysia’s sovereign credit profile.

“We would look, however, for a track record of implementation towards the stated goal of deficit reduction (as a percentage of gross domestic product or GDP), backed by subsidy rationalisation and the GST introduction over 2014-2015,” it said in a press statement yesterday.

The ringgit yesterday strengthened to as high as 3.1350 against the US dollar, its strongest level since mid-June, on inflows of funds from overseas.

But foreign fund managers may have side-stepped local equities yesterday, as the FTSE Bursa Malaysia KL Composite Index (FBM KLCI) held steady at a near-record high to end the day up 0.82 points to 1,818.39 points.

“As valuations of the FBM KLCI are no longer cheap, we believe the market would likely be stuck in a range-bound trading pattern. While the country has pulled back from an imminent sovereign rating downgrade, there is no significant catalyst for a market re-rating,” RHB Research analysts, led by Alexander Chia, noted in a report.

The firm kept its end-2014 FBM KLCI target of 1,910 points unchanged, based on 15.5 times one-year forward earnings, and mentioned that high-growth sectors and stocks would be in play, as the economy was on track to gain momentum going forward.

“The current rally that had started since 2009 is getting old and the market is very expensive right now. I’m sitting on an RM200mil cashpile, which is almost a historical high for us. Stockpicking is hard with the current lofty valuations,” he told reporters.

AmResearch Sdn Bhd analysts said in the past month, the FBM KLCI had rebounded by some 3% (to 1,818 points currently) on the back of the delay in the Quantitative Easing tapering.

“While risk appetite has improved, earnings have not. Without a turnaround in the earnings revision cycle from an acceleration in corporate newsflow momentum, we do not believe that the liquidity-driven rebound can hold in the face of elevated forward price-to-earnings of between 16 times and 17 times. Hence, we reaffirm our FBM KLCI fair value of 1,770 for this year and 1,880 for 2014.

They added that further capital outflows remained a risk, as foreign holdings of Malaysian Government debt was at a record of 42% as at end-June.

Foreign investors led a stampede out of Malaysian bonds and equity market that intensified in August, partly driven by worries about the country’s deteriorating fiscal position that prompted Fitch in July to downgrade its outlook on Malaysia’s rating to negative.

While Fitch is keeping its negative stance, which was first announced in July, the other two big international rating agencies retained their stable outlook for Malaysia.

Standard & Poor’s Ratings Services said yesterday that Budget 2014 had “no impact” on its outlook for the country.

It said that the GST allowed the Government to diversify its revenue base, but expects the revenue impact of the new tax to be neutral for at least the first few years because of other revenue-reducing measures.

Moody’s Investors Service yesterday said that consolidation and reforms of the country’s subsidy system would, if fully implemented, be “credit positive” for the Government’s finances.

However, it noted that expenditure restraint would be the primary driver of the planned reduction in the deficit in 2014, rather than growth in revenue.

“Notably, development expenditures are set to fall for a second consecutive year; a development which would negatively impact GDP growth in 2014,” it said.