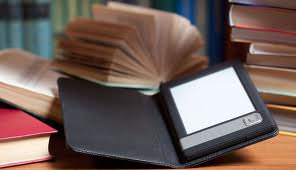 THIRTY seconds is all it takes for a teenager to download an e-book with pornographic content onto his smartphone.

Harian Metro reported that many teenagers were hooked to these e-books, written in Bahasa Malaysia, which they can download via Play Store.

Rosman (not his real name), who is sitting for the SPM this year, described the process as “very easy”, as they only needed a WiFi connection and a smartphone.

He demonstrated the downloading process, which took less than 30 seconds.

“I was attracted to the various storylines, especially those involving forbidden relationships between teachers and students.

“I did not know of these e-books until a friend showed me how to download them from Play Store,” he said.

Rosman added that he need not be afraid as the e-books were stored in his phone, on which he also had a collection of pornographic pictures.

His friend, known only as Along, 17, said the existence of these e-books was no different from a mobile pornography library, accessible to all.

The daily reported that there were about four such e-book sites in Bahasa Malaysia which were popular with teenagers.

Most of these stories had already been featured on pornographic websites.

However, the websites have been blocked by the Malaysian Com­munications and Multimedia Commission (MCMC).

> Singer Jamal Abdillah refuted talk that he was still addicted to drugs, saying that he undergoes urine tests every month to prove he is free from drugs.
Berita Harian reported that Jamal, whose real name is Jamal Ubaidillah Ali, 54, does the tests at the Selangor Narcotic Crime Investigation De­­partment.

“I can’t change public perception about me, but I do these tests as preparation for myself to combat their accusations,” he said.