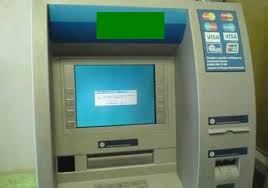 KULAIJAYA: When you are withdrawing money from an auto-teller machine (ATM), be wary of those watching you as you may end up being a victim of a snatch thief or a robber, Johor CID chief Senior Asst Comm Datuk Hasnan Hassan warned.

Citing a recent case, he said a victim who had just taken a large sum out from an ATM had his money stolen after he put it in the front passenger seat of his car.

“A thief who noticed it smashed the car window and grabbed the money before running away,” SAC Hasnan said.

He was speaking to reporters here yesterday at the handover of duties to Supt Ruslan Khalid as the new Kulaijaya OCPD. Outgoing district police chief Supt Zulfefly Yahya will take over his successor’s position as a senior staff of the Bukit Aman traffic division.

The appointments take effect from Jan 1.

SAC Hasnan said in the past year, some RM80,000 had been lost due to carelessness by those who withdrew money from ATMs and he reminded the public to be extra vigilant when carrying out transactions at banks or ATMs.

“With Chinese New Year just a month away, do not become a victim by giving the robbers an opportunity to steal your hard-earned money,” he said.

Regarding the illegal assembly that was being planned by some opposition-friendly groups at Dataran Merdeka on New Year’s Eve, SAC Hasnan said 172 reports had been lodged in Johor against the gathering.

“All reports have been forwarded to Bukit Aman for further action,” he said, adding that there was no information on whether a similar assembly would be held in Johor.

Nevertheless, he said the state police were ready to face any situation.