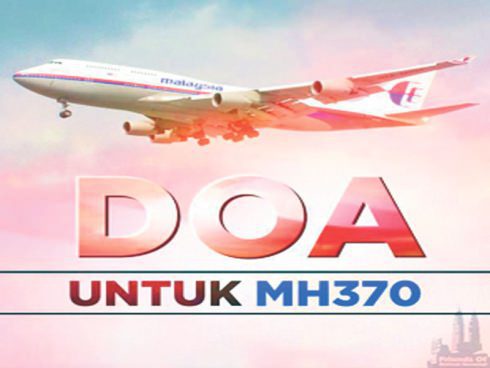 PETALING JAYA: Capt Zaharie Ahmad Shah has always been a gadget geek, even during his school days.

Describing the 53-year-old pilot of the missing MH370 plane as a gentle grandfather who would “never compromise his passengers’ safety”, his former classmate Mohd Nasir Othman said Capt Zaharie was a responsible and ethical man.

“He would never do anything that would endanger people’s lives,” said Mohd Nasir.

“He set up a flight simulator in his house because he has always been a gadget geek ever since our school days,” he said, adding that Zaharie was “very creative”.

Mohd Nasir joined other friends of the captain, who had logged in 18,365 flying hours, to rubbish foreign reports which suggested that the pilots were behind the plane’s disappearance.

This came as Prime Minister Datuk Seri Najib Tun Razak announced that investigations indicated the movements of the aircraft to be “consistent with deliberate action by someone on the plane”.

Zaharie, recalled Mohd Nasir, was a jovial person with a loving wife, four grown-up children and a successful career.

“When he invited us to his house-warming event four years ago, his wife told me that it was Zaharie who had prepared the spread — from appetisers to desserts — all by himself,” said Mohd Nasir.

“He is a jovial character who lights up social events.”

Another friend Ho Nean Chan dismissed the speculation centering on Zaharie’s flight simulator, which he had apparently assembled at home.

“Aviation is his hobby. Why can’t he have a simulator at home?

“Last I checked, those were games that can be bought anywhere,” Ho said.

“I personally called people who know Zaharie well and they all agreed he would never compromise his passengers’ safety,” he said.

Laughing off the speculation, another ex-classmate Jason Lee said Zaharie was the last person he would think of as capable of acts such as hijacking.

“He’s just not the type,” said Dr Ghouse. “Everytime I talk to him, he always tells me how responsible he feels for the lives on his plane.”

He left the school in 1978 for further studies and flight training after completing Form 5.

Malaysia Airlines is the first and only company Zaharie has worked for, joining it in 1981.

In Butterworth, Zaharie’s brother Rawanis Ahmad Shah had travelled to Kuala Lumpur to receive updates over the incident.

During a visit to a gas station run by him in Bukit Tengah, his employees said that Rawanis would most probably return tomorrow.

“But we are not too sure,” said the employee, who refused to be named.