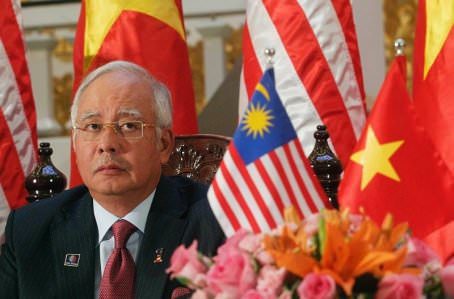 HANOI: THE immediate deployment of assets by 25 countries in the search for  the missing Malaysia Airlines Flight MH370 was due to the goodwill and strong  relationships that Malaysia had with them, said Datuk Seri Najib Razak.

The prime  minister said this was despite that under international convention laws it was  Malaysia’s responsibility to search for the jetliner which lost contact after  entering Vietnamese airspace in the wee hours on March 8.

“The  countries were also willing to commit themselves without asking us to pay for  their services and this is because our caring policy of helping other countries  when they need help,” Najib said in his speech at a dinner with the Malaysian  community here on Friday.

Najib  said Malaysia had been seen as a very caring country by other nations as it had  been involved in so many humanitarian aid missions.

Citing  examples of Malaysia’s caring policy in helping other countries, Najib said  Malaysia was quick to offer assistance to the Philippines when the country was  hit by the Haiyan typhoon and Indonesia when Acheh was struck by  Tsunami.

“Whenever  a country was hit by an earthquake or other tragedies, we were there to help.  Now, it is our turn.

“When  I called the leaders of the countries to ask for help, some of them said, “look,  just tell us what we can do for you? Because Malaysia has been good to us in the  past, because when we were in need, Malaysia helped us, because we like you, we  like Malaysia.”

Najib,  who was on a three-day official visit to Vietnam, arrived on Thursday from  Perth, Australia where he had a firsthand look at search efforts for the  jetliner.

He  said his visit to Perth was also to personally express his gratitude and  appreciation to Australian Prime Minister Tony Abbot and all personnel involved  in the search operations.

“I  could have issued a statement to thank them from Kuala Lumpur but, I decided to  go to Perth because I wanted to look into their eyes, shake their hands and say  thank you for helping us.”

Najib  said this was an example of what Malaysian entrepreneurs should do in foreign  countries.

“You need to build  goodwill and strong relationships with the people and government of the country  they are operating in.

“We  must understand that this will make us successful in doing business because when  you build relationships, then you will understand how to make the system work  for you and you can overcome obstacles.”