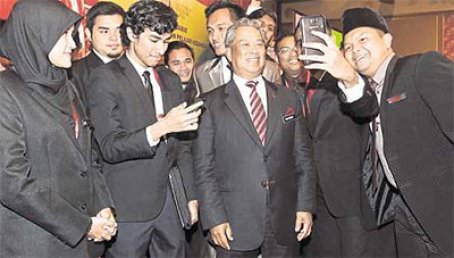 KUALA LUMPUR: THE Education Ministry is building more hostel complexes to cater to the growing number of undergraduates in the country.

Deputy Prime Minister Tan Sri Muhyiddin Yassin said enrolment in local universities had increased to 521,793 students in 2012 from 462,780 students in 2010.

Because of this, under the 10th Malaysia Plan, the capacity of hostels nationwide was increased to house 75,184 students.

“Of that number, units for 7,184 students have been completed, 39,000 are under construction and 29,000 more are still in the discussion stage,” Muhyiddin said in his opening remarks at the National Students’ Consultative Council (NSCC) meeting here yesterday.

He said the ministry would also be building additional hostel complexes that could accommodate 54,000 students under the Private Financing Scheme in the near future.

Muhyiddin, who is also education minister, said the ministry and Economic Planning Unit were analysing and forecasting the student enrolment pattern in local and private higher learning institutions until 2020 to ensure that enough hostel complexes were built to cater to the growing number of student intake.

“The forecast is important as optimal student enrolment and hostel facilities is closely related.

“This would also ensure access to quality education facilities in the country.

“The details of this analysis would be ironed out under the 11th Malaysia Plan.”

The initiative to increase the number of hostels in the country came about in response to proposals from student leaders in the previous NSCC meeting.

NSCC provides a platform for student leaders nationwide to voice out issues, and propose ideas and views to improve government policies and programmes.

On the proposal to set up of more Vision Schools to instil the spirit of togetherness among students of different races, Muhyiddin said there were no plans to increase the number of such schools at the moment.

“The ministry would do the necessary by empowering the national schools instead.”

He said the ministry would also add the number of Mandarin and Tamil language teachers in national schools to enable students learn their mother tongue.

The government, he said, had also made amendments to the Prevention of Crime (Amendment and Extension) Act 2013 to arrest gangsterism.

Muhyiddin said the presence of representatives from various ministries, agencies and departments in the NSCC meeting reflected the government’s commitment to listen to the students’ voices and views.

“These views would be utilised in the drafting of policies, strategies and programmes for the nation’s progress,” he said, adding that the proposals presented at yesterday’s meeting would be taken as input for the government’s future plans.