RMAF trains with US Air Force 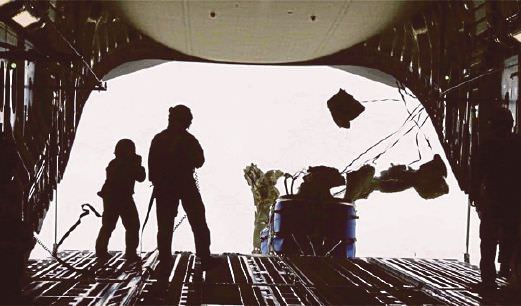 BUTTERWORTH : THE Royal Malaysian Air Force (RMAF) base Butterworth is straining under the weight of personnel and materiel being flown in daily as part of the biggest combined military exercise in Southeast Asia.

Dubbed Cope Taufan/Teak Mint 2014, the exercise is to test the capability of the RMAF and the United States Air Force to streamline their common procedures, enhance the interoperatability between the two fighting forces, step up bilateral training and cooperation and provide a realistic training environment.

The exercise comes in two parts. Cope Taufan is the air-to-air element conducted every two years while Teak Mint, the Special Operations element, is held every year. This year, however, both exercises are being held simultaneously from June 9 to 20 to broaden the scope of the training and expand the war-fighting scenarios (see accompanying story).

Affendi added that the number of personnel taking part on both sides was close to 1,000.

Slated to eventually replace the Boeing F-15 Eagle as it is slowly being phased out, the controversial fighter was dogged by problems during its development, not least from Congress who balked at the staggering price tag of US$150 million (RM482.8 million). The entire programme cost a whopping US$66.7 billion.

The super-secret fighter is designed is such a way that its radar cross-section is minimised, making it difficult to pick up on radar. An extensive coating of radar absorbent material is also applied on the skin to reduce radar returns.

Powered by two Pratt and Whitney F-119 afterburning turbofan engines, the type is blessed with remarkable manoeuvrability thanks to the pitch thrust-vectoring nozzles. Many regard the F-22 as the gold standard by which all other fighters are measured.

Another high-tech equipment being used in the air-to-air element of the exercise was the air combat manoeuvring instrumentation facility. By using a combination of datalink, telemetry and GPS, fighter pilots flying sorties against one another during the exercise can be tracked, and each simulated missile launch and subsequent “kill”, verified.

The three systems, when combined, present a comprehensive view of the battlespace that is projected on the wall of the multi-million-ringgit facility within Butterworth AB. Views can be changed accordingly, from plan to azimuth. Engagements are recorded and played back during the debriefing phase. All the critical parameters of the engagements are recorded — from altitude to airspeed, to angle of attack and G-forces.