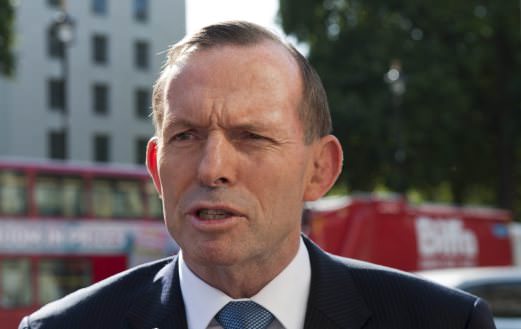 SYDNEY: Australia unveiled counter-terrorism measures on Tuesday to prevent young people from becoming radicalised and going to fight in overseas conflicts such as Iraq and Syria, where scores of Australians have joined militant jihadist groups.

Along with the United States, Australia is leading a push for the United Nations to adopt international standards to deal with growing numbers of foreign fighters in Middle East conflicts and the threat they could pose when they return to their home countries.

Security analysts have put the number of foreign fighters in Iraq and Syria, travelling from scores of countries around the world, in the thousands.

Australian Prime Minister Tony Abbott said at least 60 Australians were fighting in Iraq and Syria backed by about 100 Australia-based “facilitators.”

“That means we could be confronting more potential home-grown terrorists than ever before,” he said in a statement.

Abbott said he would spend A$630 million (US$585 million) on measures including strengthening community engagement programmes in Australia with an emphasis on preventing young Australians from becoming involved with extremist groups.

“Recent images of brutal killings in Syria and the brazen presence of Australian citizens amongst the foreign fighters highlights the need for action to counter radicalisation,” Abbott said.

“The ISIL (Islamic State) movement threatens all who don’t share its evil brand of violent extremism.”

The issue gained prominence in Australia following the publication earlier this month of a photograph of a boy, believed to be the son of Australian jihadist Khaled Sharrouf, holding the decapitated head of a Syrian soldier.

However, Abbott has been criticised from some sections of the community for his adoption of nationalistic terms to describe those who travel overseas to join foreign conflicts.

The Islamic Council of Victoria earlier this month boycotted a meeting with Abbott after he said that everyone had to be part of “Team Australia” and “you don’t migrate to this country unless you want to join our team.”

Abbott again invoked the “Team Australia” rhetoric on Tuesday, saying the country needed to support community efforts to prevent the radicalisation of its youth.

U.S. Secretary of State John Kerry said earlier this month following a meeting in Sydney with Australian Foreign Minister Julie Bishop that he would take the radicalisation issue to the United Nations later this year.

Measures under the new counter terrorism package include the creation of an Australian Federal Police Community Diversion and Monitoring Team for returning foreign fighters and those who support them.

Australia will also form a multi-agency national “disruption group” to investigate, prosecute and disrupt foreign fighters and their supporters, while the Australian Federal Police will receive extra funding to respond more effectively to the threat.

Staunch U.S. ally Australia joined international forces in Afghanistan following the 9/11 attacks in the United States and in the ouster of Saddam Hussein from power in Iraq in 2003.

Authorities say a number of terror attacks on Australian soil have been prevented in recent years. The country’s worst loss of life in a terror attack occurred in 2002 on the Indonesian resort island of Bali, where 88 Australians were among more than 200 people killed in bombings launched by a Southeast Asian jihadist group. -Reuters