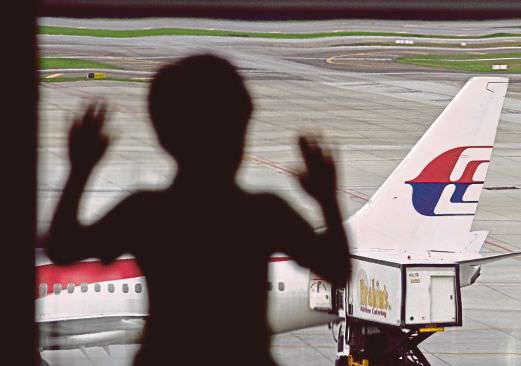 KUALA LUMPUR: MALAYSIA Airlines (MAS) is poised to be leaner, cleaner and healthier under a RM6 billion recovery plan unveiled yesterday by Khazanah Nasional Bhd to rebuild the national carrier, which will see all involved having to take bitter medicine to stave off a bleak future.

Under the five-year plan to “reset” the airline, MAS targets a return to profitability and sustainability by 2017, as Khazanah, which holds almost 70 per cent stake in the company, plans to implement drastic measures to turn around the carrier, which has seen RM8.4 billion cumulative losses from 2001 to June this year.

At its core, the 12-point recovery plan entails the creation of a new company (NewCo) to house a rejuvenated MAS, which will see a reduction in workforce by 30 per cent, or about 6,000 employees, to hit a “right size of 14,000” and migrating to proper work practices and contracts.

“Only wholesale change will deliver a genuinely strong and sustainable MAS,” said Prime Minister Datuk Seri Najib Razak in a message issued in conjunction with the plan’s announcement.

“While funds have been made available, they come with strict conditions so as to ensure that MAS truly resets its business model and cost structures in order to be truly sustainable.”

Azman told a packed media conference on the much-awaited plan here yesterday that the plan was not a bailout, as Khazanah would be able to recover its investment through a future relisting of the national carrier under the NewCo.

Kenanga Research aviation analyst Adrian Ng said a crucial role that the recovery plan played was that it gave a sense that things were moving forward and would continue to improve.

In February, Khazanah had initiated a review of MAS’ operations and operating environment.

Yesterday’s announcement represented the second stage of the carrier’s recovery plan, after Khazanah announced on Aug 8 a RM1.4 billion offer to delist MAS from Bursa Malaysia.

MAS is expected to be delisted by the end of the year and Khazanah plans to shift the carrier’s operations, assets and liabilities to NewCo by July 1 next year.

The NewCo will retain the iconic MAS/Malaysia Airlines name.

Azman said while all “properly benchmarked” contracts under the old MAS would be honoured, the migration to NewCo would allow it to reset and renegotiate supply and other contracts based on market norms and benchmarks.

The government would propose a specific act, called the MAS Act, with a finite period to facilitate the restructuring in a comprehensive, timely and holistic manner.

Khazanah also proposed the setting up of an “Aviation Commission” with regulatory powers to develop the aviation sector.

It said such a commission would bring Malaysia in line with international best practices, including with countries such as Australia, Ireland, the United Kingdom and the United States.

Khazanah will invest RM6 billion in a “staggered and conditional basis” over the next three years.

Of this amount, RM3 billion will be injected into NewCo, RM1.6 billion into restructuring and retrenchment costs of the current MAS, while the RM1.4 billion balance will be used to pay for the carrier’s privatisation and delisting.

MAS chief executive officer Ahmad Jauhari Yahya would continue to lead the carrier during the transition period until July 1 next year, said Azman. Khazanah has started a global search for the CEO of NewCo and expects to announce it by year’s end.

There would be no changes to its current board of directors during the transition period, Azman said, adding that MAS, both under its current and new guises, would continue to rationalise its network to be principally regional-focused with strong global connectivity via MAS’ Oneworld Alliance and other code-share partners.

On the planned workforce cut, he said two companies under an arrangement with Khazanah had agreed to absorb more than half of the 6,000 employees expected to be laid off.

Scicom (MSC) Bhd is expected to offer jobs for up to 2,000 transitioning MAS employees, while Sutherland Global Services — a global business process and tecnology management services provider — will train and employ up to 1,500 MAS employees.

Azman said Khazanah would invest in a Corporate Reskilling Centre to address the reskilling of the appropriate MAS staff not migrating to NewCo.

“MAS and Khazanah are committed to helping each exiting employee minimise the negative impact to their livelihoods and quality of life.”