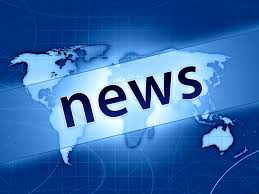 UNITED NATIONS (Reuters) – Militants fighting the Syrian army have detained 43 U.N. peacekeepers in the Israeli-occupied Golan Heights and trapped another 81 in the region, and the world body is working to secure their release, the United Nations said on Thursday.

The affected peacekeepers are from the Philippines and Fiji, U.N. spokesman Stephane Dujarric told reporters.

“During a period of increased fighting beginning yesterday between armed elements and Syrian Arab Armed Forces within the area of separation in the Golan Heights, 43 peacekeepers from the United Nations Disengagement Observer Force (UNDOF) were detained early this morning by an armed group in the vicinity of Al Qunaytirah,” the U.N. press office said in a statement.

It added that another 81 UNDOF peacekeepers were being restricted to their positions in the vicinity of Ar Ruwayhinah and Burayqah. Dujarric said the 81 trapped troops were from the Philippines and the 43 seized ones from Fiji.

“The United Nations is making every effort to secure the release of the detained peacekeepers, and to restore the full freedom of movement of the force throughout its area of operation,” it said.

The 15-nation Security Council, which was meeting on the humanitarian situation in Syria, was also discussing the issue of the kidnapped peacekeepers, Lyall Grant said.

The Philippine army said in a statement that militants and had surrounded the Philippine contingent’s encampments with Fijian hostages in tow and demanded that the Filipino troops surrender their firearms.

“The Philippine peacekeepers held their ground and demonstrated their resolve to defend their positions,” it said. “They did not surrender their firearms as they may in turn be held hostage themselves.”

The Security Council issued a statement strongly condemning the seizure of the peacekeepers and calling for their immediate release. U.N. Secretary-General Ban Ki-moon echoed the council word’s in his own statement of condemnation.

Reporters asked Dujarric if the United Nations was in contact with the group holding the Fijians. He declined to specify who the world body was in contact with but said there was communication under way. “There are contacts being held at different levels, on the mission and on the ground,” he said. “They are talking to representatives of various armed groups that they have … operational contact with. They are talking to countries in the region.”

Dujarric was also asked about the rules for peacekeepers in such situations.

“In extreme circumstances, these troops are trained and prepared and equipped to defend themselves, but, obviously, each situation has to be analysed on a case-by-case basis,” he said.

U.N. officials say that the peacekeepers, whose job is to monitor the cessation of hostilities, carry small arms that are only to be used in extreme circumstances. In previous situations where UNDOF peacekeepers were held hostage, the troops did not use their weapons.

The Quneitra crossing on the Golan is a strategic plateau captured by Israel in a 1967 Middle East war. Syria and Israel technically remain at war. Syrian troops are not allowed in an area of separation under a 1973 ceasefire formalised in 1974.

UNDOF monitors the area of separation, a narrow strip of land running about 45 miles (70 km) from Mount Hermon on the Lebanese border to the Yarmouk River frontier with Jordan. There are 1,223 UNDOF peacekeepers from six countries.

Before the Syrian civil war, now in its fourth year, the region was generally quiet and the peacekeepers had mostly found their biggest enemy to be boredom.

The force’s personnel come from Fiji, India, Ireland, Nepal, Netherlands and the Philippines. The United Nations said this week that the Philippines has decided to pull out of UNDOF, and from a U.N. force in Liberia, which is struggling with an outbreak of the deadly Ebola virus.

Blue-helmeted U.N. troops were seized by militants in March and May 2013. In both of those cases they were released safely.

Austria, Japan and Croatia have all pulled their troops out of UNDOF due to the deteriorating security situation and spillover from the Syrian war.

But Fijian Army Commander Brigadier-General Mosese Tikoitoga told Reuters in an interview on Friday that he would not be recommending to his government that Fiji follow suit.

“We will not make any recommendations of pulling out from the U.N. or any other engagement, because our contribution to U.N. peacekeeping – if we don’t want to do this, then who else in the world would want to do this?”

He added that he was confident the Fijians would be released soon based on the strength of their contacts in the Golan Heights region.