Adenan: All involved in graft will face wrath 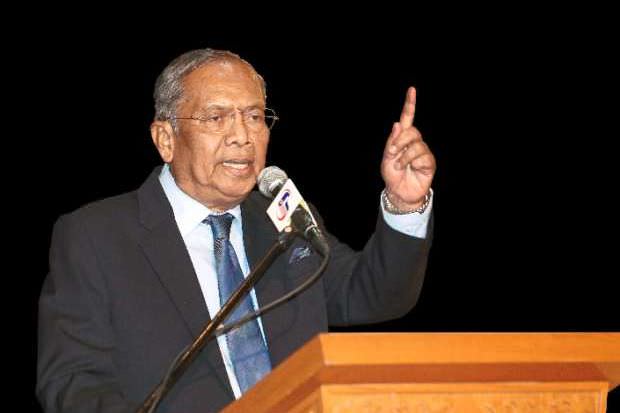 KUCHING: Chief Minister Tan Sri Adenan Satem has lashed out at corruption in the state, telling an audience that included Sarawak’s biggest timber tycoons, state Cabinet ministers and civil servants that he would “put the fear of god into people who are dishonest”.

Adenan, who blew his top during the gathering at the state legislative assembly building, told the stunned audience that included senior forestry enforcement officials that he would go after them too if they did their job “with eyes but are blind, with ears but are deaf and with mouths but are dumb”.

Some eight months after being sworn in as Chief Minister and assuming the state’s natural resources portfolio, Adenan described corruption in the timber industry as “very bad”, saying it was a reflection of what enforcement officers had not been doing.

“Some … of course, not all … pretend they don’t know. The reason is simple: either they are stupid, cowards or corrupt,” he said.

“Well, you tell them that Adenan told you to enforce the law. No more excuses not to do anything.”

Adenan added that he was sure the Malaysian Anti-Corruption Commission (MACC) would be making more arrests in addition to the ones that took place in the last few months.

“Don’t mess with me,” he told the audience.

“I mean what I say. I am not interested in platitudes. I do not cakap sahaja (talk only), no action.

“We must put a stop to it, not only because we lose money in the millions, but because we have gained a bad reputation internationally,” he said, adding that he had stopped issuing new timber licences.

“No more small licences, too. I know some are ‘stealing’ from outside their areas.”

Adenan had brought together the bosses of Sarawak’s “big six” logging firms to the building to sign integrity pledges yesterday.

He said that after the logging firms and the Forestry Department, it would be the turn of the civil servants and his Cabinet to attend the MACC talks and sign integrity pledges.

The issue of illegal logging has been hotly debated in the state assembly.-thestar