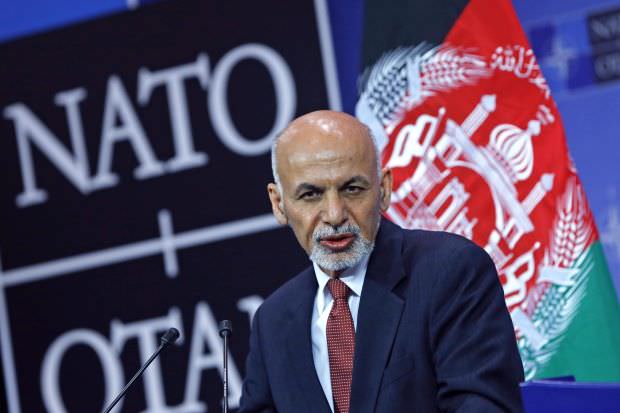 KABUL (Reuters) – New Afghan President Ashraf Ghani has set about overhauling a dysfunctional administration and containing a growing insurgency with plenty of energy, and some would say impatience, in marked contrast to his predecessor.

Where Hamid Karzai tended to invite tribal officials and ministers for talks at the presidential palace, Ghani, inaugurated in September after months of wrangling with his rival, has been more hands-on.

Hours after visiting a military hospital in Kabul, the 65-year-old returned unannounced to find some doctors had left their shifts early, said a government official on the recent tour who declined to be named. Several were sacked on the spot.

“If we compare President Ghani with President Karzai, there is a huge difference,” said Mozammil Shinwari, a deputy minister of trade in the Ministry of Commerce.

“Everybody is now thinking: ‘If the president suddenly comes and I’m not doing my work, what will happen?’.”

There is no guarantee Ghani’s leadership style will work in a country where open criticism can cause offence, and the scale of his task is staggering.

Civilian and military deaths have risen sharply in 2014, the bloodiest year since the war against Taliban militants began in 2001. Most foreign combat troops will have left by the end of the month. Infrastructure is poor. Graft is rife. The economy relies mostly on foreign aid.

On the last point, Ghani will hope he can keep the money taps open. Equally comfortable in a business suit as a Pashtun turban, he used to work for the World Bank.

Donors to Afghanistan have long been frustrated by what they say is a lack of accountability, and to some the ascent of Ghani, co-author of a book called “Fixing Failed States”, looks like the best hope of establishing an effective government.

Ghani’s office did not respond to Reuters requests for an interview.

Ghani and former presidential rival Abdullah Abdullah, now united in power but only after resolving a bitter feud over allegations of vote rigging, will present ambitious plans for saving Afghanistan to donors at an international conference on Thursday in London.

It will be Ghani’s first major appearance in the West as leader, and his international partners will be watching closely to see what kind of a man he is.

At the conference, Ghani and Abdullah hope to re-engage an international community that has grown weary of Afghanistan as NATO troop levels dwindled and crises flared elsewhere. With security worsening and cash short, time is of the essence.

“The London conference is a great opportunity for Afghanistan” to reset relations, said Masoud Trashtwal, a political analyst and head of private higher education in the Ministry of Education.

International donors contributed some $5 billion to Afghanistan last year, accounting for two-thirds of the national budget, and are being asked to keep the money flowing.

Foreign aid is one of many problems Ghani faces.

Afghanistan ranked as the fourth most corrupt country in the world in a survey by Transparency International. Torn by decades of war and ethnic rivalry, it has long suffered from weak governance, tribal patronage and political deal-making.

That tangled system is being taken on by Ghani, who aides describe as methodical, exacting and dedicated to meritocracy. His passion for punctuality is renowned. Ghani is said by aides to have cancelled meetings if a minister is five minutes late.

He is also a stickler for accountability.

The same government official who recalled the hospital encounter spoke of another occasion when Ghani handed a government minister five sheets of paper and asked him to write an essay on the main goals of his job.

When the minister struggled, the president berated him, said the official, who was in the meeting.

Ghani’s well-known temper may be an obstacle, however, as it sits awkwardly with a culture where a man’s honour is paramount.

“On many occasions that I was present, he yelled at ministers for not delivering on his instructions,” said Gul Padshah Majeedi, a member of parliament.

That style is in contrast to Karzai, a master at balancing ethnic and tribal demands, according to Humayoun Azizi, the former minister of parliamentary affairs.

Analysts hope that if Ghani can build a strong partnership with Abdullah, a former foreign minister with diplomatic flair, they can change their country for the better.

Disagreements between them have delayed forming a cabinet; Abdullah has demanded an equal share of ministerial seats, a condition Ghani rejects.

Still, diplomats and officials who have sat in on meetings believe Ghani and Abdullah now have a warmer personal rapport. The fact that both share a pro-Western, anti-corruption vision offers some cause for optimism, they say.