Maritime guns for hire adapt to changes in sea piracy 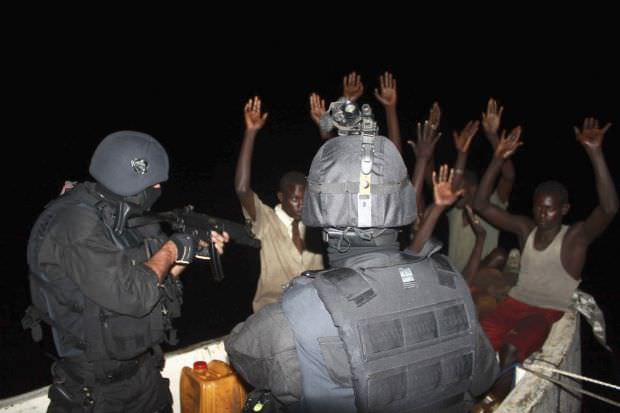 SINGAPORE (Reuters) – Cash-strapped maritime security firms are being forced to use fewer costly elite guards and to diversify into other businesses such as cyber security, as a steep decline in Somali pirate attacks and hotter competition erode fast-thinning margins.

Hundreds of security firms sprang up over the past seven years to offer protection to shipping companies, with scores of merchant vessels being boarded and sailors taken hostage in pirate raids off the coast of conflict-torn Somalia.

However, attacks in the Gulf of Aden and Indian Ocean have dropped from a peak of 237 in 2011 to just 10 in the first nine months of this year, the lowest since the piracy scourge began in 2008, according to the International Maritime Bureau.

The fall has been helped by using armed guards, deploying naval forces and defending ships with barbed wire or fire hoses.

The cost of using guards has also halved as the sector has become more competitive, which though good for ship owners is bad for security firms.

A typical team comprises three or four guards, working round the clock and armed with semi-automatic weapons to maximise fire power and rifles for accuracy and range.

Faced with a tougher operating environment, some firms have switched from using former U.S. and British marines and special forces to cheaper alternatives including guards from India, the Philippines and Estonia, said Ian May, Asia manager for Protection Vessels International.

Declining revenue has encouraged industry consolidation. Ambrey Risk, one of the biggest firms, bought the maritime security division of rival Drum Cussac this month, while Gulf of Aden Group Transits shut in July.

Peter Cook, chief executive of the Security Association for the Maritime Industry (SAMI), said its membership had fallen from a high of 180 companies in November 2012 to 140, and he anticipated further falls.

Companies are trying to expand into new areas including cyber security for ships and the offshore industry, port security and training coast guards.

Some are also offering protection in areas where piracy has increased such as West Africa, with 23 attacks recorded up to September this year, and Asia, where almost 100 attacks were reported in the waters off Singapore, Indonesia and Malaysia.

Despite the drop in attacks, the Gulf of Aden still remains vital for the security business, with a fifth of global trade passing through it and at least 40 per cent of ships transiting the area had armed guards in July, according to SAMI.

Former British naval captain Northwood, who is chief operating officer at Maritime Asset Security and Training, said there were still probably two or three cases of Somali pirate boats probing the defences of ships a month.

For now, naval patrols are set to continue. The European Union expects to extend its anti-piracy operations for another year and NATO is extending its to the end of 2016.

“If companies stop using armed guards and the naval presence disappears then we would not have to wait for too long for another wave of successful attacks,” said Madis Madalik, chief operating officer of Estonian-based ESC Global Security.