RON97 ‘out of stock’ in places 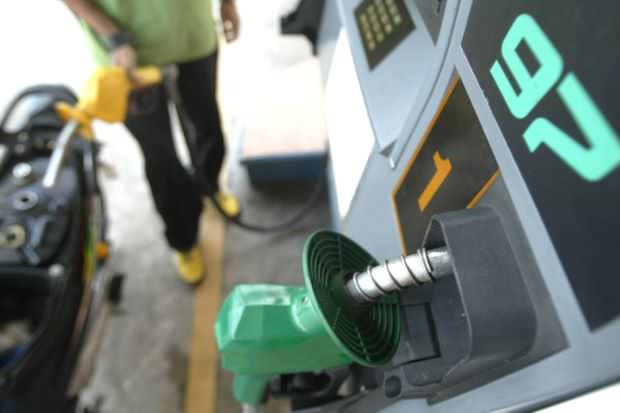 PETALING JAYA: A number of petrol stations in the peninsula ran out of RON97 on the first day that subsidies were scrapped.

Petrol Dealers Association of Malaysia (PDAM) president Datuk Hashim Othman said at the moment, only one fuel provider was facing a supply shortage of RON97.

“I checked up on them and was told that they were expecting a fresh supply today (Monday), especially since the Domestic Trade, Cooperatives and Consumerism Ministry had instructed them to ‘speed up’ the process.

“However, it is unclear if it will be enough to restore the supply to normal,” he said when contacted yesterday.

Hashim also said the company had not made public the reason why the supply was short, but that it was rectifying the situation.

Shell Malaysia Trading Sdn Bhd later issued a statement confirming that a number of its retail stations in peninsular Malaysia were experiencing a shortage of V-Power 97 due to high demand.

“We are making every effort to restore supply to the affected sites. We remain committed to providing quality service to our customers,” the statement said.

On Twitter, one user complained about how she could not find RON97 despite going to almost all the petrol stations near her home in Bangi, while user @amanfirdaus simply uploaded a photo of a RON97 pump at a petrol station, bearing the signage “Sorry, out of stock”.

Other users however were not surprised by the low stock, saying that previously, far fewer motorists used RON97 for their vehicles.

Previously, Sin Chew Daily reported that the company admitted to the lack of supply, and that it was expecting the situation to improve over the next few days.

Other companies also told the daily that demand for RON97 was usually much lower.

Although most fuel providers noted that there had not been a drastic drop in supply just yet, they were working towards increasing supply in petrol stations in the peninsula.-thestar