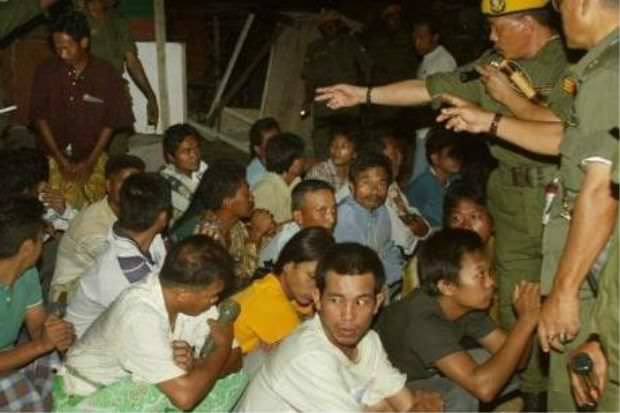 KOTA KINABALU: The gloomy weather over the last few days in Sabah lifted ahead of the announcement of the findings of the Royal Commission of Inquiry (RCI) on Wednesday.

However, a sombre mood prevailed among many members of Sabah’s immigrant population here as they pondered their future in this country.

For Badrul, a 38 year-old trader, the concerns centred on whether he and his family would be in any way affected by the recommendations and subsequent actions of the Malaysian authorities following the RCI report.

Badrul came to Sabah with his family from the southern Philippines island of Pagutaran in 1991 when he was only 15.

Several years later, his father managed to get the whole family citizenship and he is now a Malaysian identity card holder.

“I don’t know whether the RCI report will eventually lead to the end of us, but I hope there will still be a way for me and my children to live here as we have been here for so long,” he said.

Tailor Abdul Bakir, 32, who came from the Philippines with his family in 1994 and has three Sabahan wives and six children now, said he was worried about his family more than himself.

“If the RCI report leads to the revoking of ICs issued to immigrants, then what is going to happen to my parents and my children?” he asked.

Abdul said he was not yet a citizen but a passport holder but has the licence to trade here because he has his wives’ surety.

“If some of us were to be deported or our citizenship taken away, then what happens to us?” he asked.

Another trader who went by the name of Nina, 27, said it would be unfair to just focus this issue to the Filipinos, Indonesians, or Pakistanis.

“I am a Malaysian, I was born here although my parents and relatives are from the Philippines. The Government cannot simply revoke our citizenship,” she said.-thestar