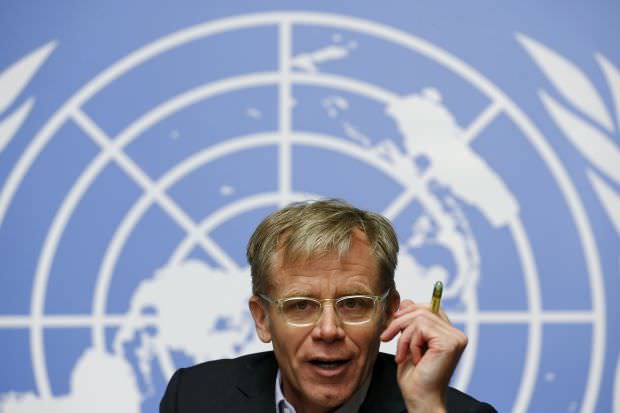 GENEVA (Reuters) – Sierra Leone does not yet have enough beds in treatment centres to isolate Ebola patients in the west of the country but the opening of many new facilities in the next few weeks makes its prognosis “very good”, the World Health Organization’s assistant director general said on Monday.

Unlike the other worst-hit countries, Guinea and Liberia, Sierra Leone has failed to slow or stabilise the spread of the epidemic, raising concern that it may be a weak link in the defence against the virus.

But Bruce Aylward said Sierra Leone, too, was on track to contain the outbreak.

“I would never have used the phrase ‘Where things went wrong’, actually, with respect to Sierra Leone,” Aylward said. “What I’m most impressed about is how much is being done right …

“Capacity at the district level is strong and getting stronger in Sierra Leone, and that’s why I think the prognosis is actually very good'”

Two months ago, the United Nations set a target of having 70 percent of Ebola victims buried safely and 70 percent of Ebola patients treated in isolation beds within 60 days. Those two goals are seen as the key to halting the spread of the epidemic.

Guinea and Liberia have met both targets, but some areas in the west of Sierra Leone have still not done so, which Aylward said accounted for the continued spread of the disease.

But he said new bed capacity in Sierra Leone meant the target would be hit in the next few weeks, and the geographic targeting of Ebola beds was “right on the mark”.

“The virus is telling you that. The problem is, you would have wished it had come on line a month earlier,” he said.

“The virus got a leg-up and took advantage of it. Ideally the build-out would have been faster, but remember, they were planning this build-out and working on it well before the cases caught up with them.”

(This refiled version of the story fixes typo in Aylward’s name, paragraph four).