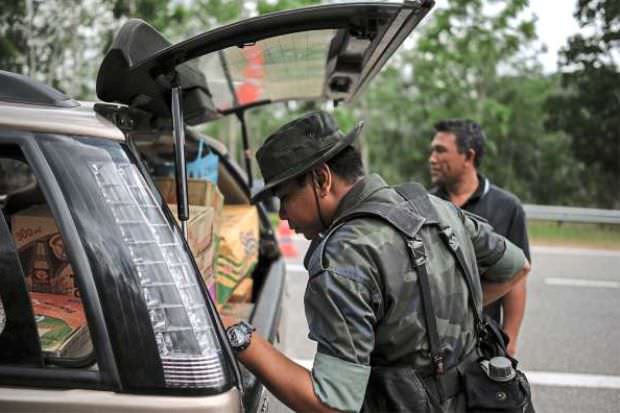 PADANG BESAR: School dropouts are the employees of choice for the syndicates that smuggle migrants into the country, according to sources.

They would be used to transport the migrants to their destinations via jungle treks, across borders and through towns.

The money is good – RM350 to RM500 per trip – especially for such people with no formal ­education.

Usually aged between 15 and 21, the dropouts were also preferred as they do not ask questions and followed orders, said the sources.

But the syndicates do not just pick any dropout who asked for work.

“Only those introduced by trusted members are recruited,” said one source.

“And they are employed for a long time if they stayed trustworthy, or until they get caught by the authorities.”

Getting arrested is always a risk so the syndicates make sure that the “transporters” do not know exactly who they worked for.

That way they could not give away much information if they were nabbed, the source said.

It was also revealed that the syndicates would rent vehicles from villagers whom they trusted.

Known as kereta piang (slang for clunkers), these vehicles would not attract attention and were used to ferry the migrants, said another source.

A villager who lives near the border here and asked to remain anonymous, said some villagers were working with the syndicates.

He said he also knew of seven youths who were drivers transporting the migrants.

“They are dropouts, but became rich doing this business,” the ­villager said.

He said that the youths have not been seen after the authorities found the deserted camps and graves in the jungle.

Talk is that they have gone across the border into Thailand, he said, but nobody really wanted to find out.

“No one is brave enough to start asking about such things,” he said.

“The syndicates have their people here. Safer for us to mind our own business.”-thestar