Family hopes soldier lost in the US will be found safe 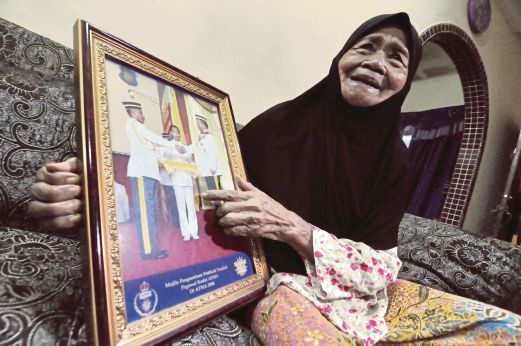 ALOR GAJAH: Family members of Capt Hasman Hussin, who was reported missing after the vehicle he was travelling in was swept by swift current in Missouri, United States of America (USA) on Dec 26, are hoping that the military officer would be found safe.

His younger brother, Mohd Hairi Hussin, 29, said that he and the other family members were constantly praying that Hasman, 33, would be found safe and were holding ‘hajat’ prayers for the safe return of the third son out of six siblings.

“He went there in October for a course and the last time he communicated with family members was through the group Whatsapp of our family on Dec 26. Everyone in the family was shocked to learn of the incident.

“All of us in the family are anxious, we are feeling very down to the extent that our father (Hussin Mar, 60) was shocked that he took off from his business, and I too did not attend to my business,” he told reporters at Masjid Tanah, here tonight.

Today, the Army Public Relations Unit said in a statement that efforts were being made to find Hasman Hussin who is attached to the Royal Engineers Regiment.

Hasman was undergoing the Engineer Captains’ Career Course in Fort Leonard Wood from Oct 1, 2015 until April 15, next year.

Mohd Hairi said a senior military officer had come to their grandmother’s house in Masjid Tanah, here at about 1pm today to inform of the matter and brief them of the latest development on the incident.

“The military said the victim was not found, or was in the vehicle or had gone elsewhere, (military) officers will update us on the latest development from time to time,” he said.

The victim’s wife, Siti Hazwani Ahmad, 29, said she had spoken by telephone with her husband at 10 pm on Dec 26 and he had reminded her not to miss her prayers.

“The victim also spoke with my eldest son, saying that he did not really plan to go anywhere and that he wanted to study to complete the six-month course.

I truly hope that he will be found safe,” she said. Hasman has three children, all boys, with the eldest being three years old and the other two are twins aged three months.

The victim’s grandmother, Jamaah Ahmad, 79, was also praying constantly for her grandson, who is the closest to her, to be found safe and hoped nothing untoward would happen to his third grandchild. — Bernama