DPM: Close watch on IS links 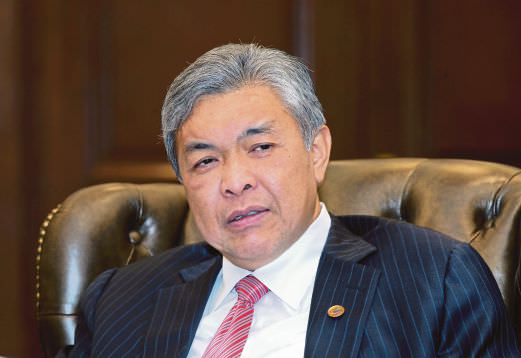 “The police have a special team comprising experts in this area and they are cooperating with agencies from other countries to monitor IS,” he said, adding that police had rounded up suspects and were identifying more.

Police, Zahid said, were working with other agencies, such as the Malaysian Communications and Multimedia Commission, to monitor social media accounts linked to terrorism.

“Although there were suggestions that social media platforms, including Facebook and Twitter, be blocked to stop IS from disseminating its propaganda, the government is of the opinion that there are more positives than negatives on the Internet.”

He said the number included Malaysians and foreigners.

Through effective intelligence, the division prevented several attacks, including suicide attacks, in the country.

On Jan 15, a man was nabbed at Setiawangsa LRT station in Ampang for planning a suicide bombing at an entertainment outlet in the city after receiving orders from IS leaders in Syria.

In a follow-up operation, police nabbed seven people, in Kuala Lumpur, Selangor, Pahang, Johor and Kedah, for planning attacks in popular spots in the Klang Valley and in other states.

No weapons were found. However, police seized a for firearms, including a M16 assault rifle.

The counterterrorism division found out that one of those arrested had been in communication with Bahrun Naim, the Indonesian founding member of Khatibah Nusantara Muhammad.

The attacks in Jakarta involved suicide bombers as well as gunmen. Zahid, who is also home minister, said Malaysia was recruiting more security personnel, improving security assets and beefing up surveillance at the borders to stamp out threats to the country.

He said the government was aware of the existence of jalan tikus (rat trails) at the border that criminals used for smuggling drugs and weapons and human trafficking.

“To stamp out illegal activities, we are taking several measures, including building a security fence along the border with Thailand.”

Zahid said the porous border may have facilitated the illegal entry of Rohingnya asylum seekers into Perlis last year, where 139 graves and 28 transit camps were discovered abandoned by the syndicates in Wang Kelian, near the Malaysia-Thailand border.

The graves, some of them empty, were on a hill hundreds of metres above sea level.