‘Enforcement, not higher fines, is key’ 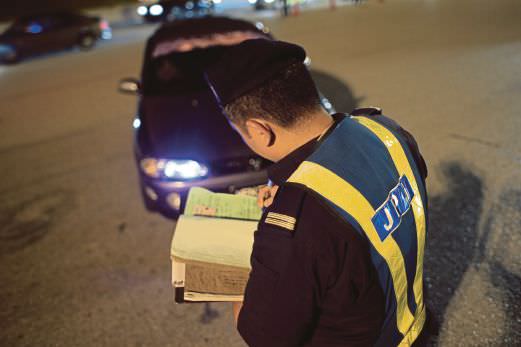 KUALA LUMPUR: Issuing maximum fines to errant motorists will do little to discipline them as most believe they will not get caught.

He said there would be a better chance of achieving the goal of having more law-abiding motorists if more emphasis was given to improving the Public Perception of Being Caught (POBC).

This, he said, would only be possible by stepping up enforcement efforts.

“Fines could be one of the means (to reduce road accidents) but it will not be effective because the main issue now is POBC.

“Malaysians’ POBC is very low. Our road users do not fear being caught because they think they can get away with committing traffic offences.

“I was on my way back to my hometown in Kuala Terengganu a day before Chinese New Year and I saw only one speed trap. I saw none on my way back,” he told the New Straits Times.

According to the Road Transport Department’s website, Malaysia’s POBC stands at 25 per cent on a normal day, but can hit 50 per cent during festive seasons.

The numbers, however, are far behind other developed countries, whose POBC levels are between 80 to 90 per cent.

“Let’s say they are going back to their hometown and they see six roadblocks or speed traps. They will think twice about taking the risk and speeding, as they could be forced to fork out RM1800 (RM300 x 6) in fines.

“The AES is good as no speedster can escape it, while the Kejara system can result in them having their licences revoked,” he said, adding that patrolling would also be useful in increasing POBC.

It was also important to ensure that all road users were equipped with some level of competency in driving, he said.

“Let’s say your younger sister is a newly-licensed driver. Will you allow her to drive alone, especially on long distance journeys? Not many will allow it,” he said.

“This is because we feel that they are incompetent. Perhaps it is due to our driving school assessment system, which is too lenient.”

Ghafar said in five years, Malaysia would be able to see the result of introducing the road safety module for Standard 1 students in 2007, where students were exposed to the importance of road safety.

It was particularly important for parents to set good driving examples for their children to emulate, he said.-nst