DAP prefers debate to be aired over TV3 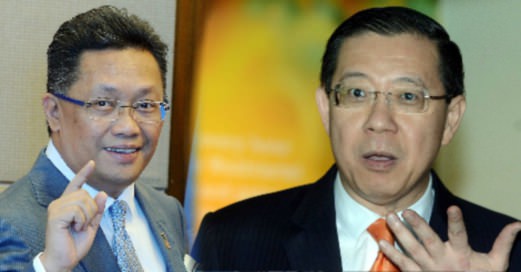 Loke said two national television channels – RTM1 and TV3 – had reached out to both parties and offered to broadcast the event from their studios.

Both TV channels, according to Loke, were agreeable to the date and time proposed by Lim and Abdul Rahman’s office. “Our only condition is that the debate must be aired live (on TV3).

Otherwise, we can go to RTM1,” Loke told reporters during a press conference at DAP’s headquarters here today.

The Seremban member of parliament said TV3 has yet to respond to the request, adding that RTM1 was prepared to air the debate live. Loke said while no details were confirmed, Lim was ready to face and field questions from a live audience.

“(Also), we haven’t talked about who the moderator should be, as well as the format of the debate,” he said, adding that the debate should last for at least one or two hours.

“We are prepared to answer each and every one of Abdul Rahman’s questions.

And we will not be confining the debate to the Taman Manggis land issue. We hope to ask Abdul Rahman any question,” he said.

Abdul Rahman, who is Barisan Nasional strategic communications director, had released 15 questions for Lim ahead of their planned debate.

Lim, in response, released his own 15 questions for Abdul Rahman.

Lim last week accepted Abdul Rahman’s call for a debate over the issues surrounding a plot of land in Taman Manggis, George Town, which the minister claimed involved elements of corruption.

Both men had also rejected the Malaysian Anti-Corruption Commission (MACC) panel’s advice for the event to be called off over concerns that it could hamper the agency’s investigations.

Abdul Rahman had claimed to have in possession documents to support his allegations, including two documents showing Kuala Lumpur International Dental Centre (KLIDC) indirectly re-selling the land to a third party for about RM70.6 million.

The Taman Manggis land sale was also linked to Lim’s purchase of his residence, allegedly for below market value, from a former landlord that his detractors claimed had ties with KLIDC.

Both matters are currently being investigated by the MACC.-nst