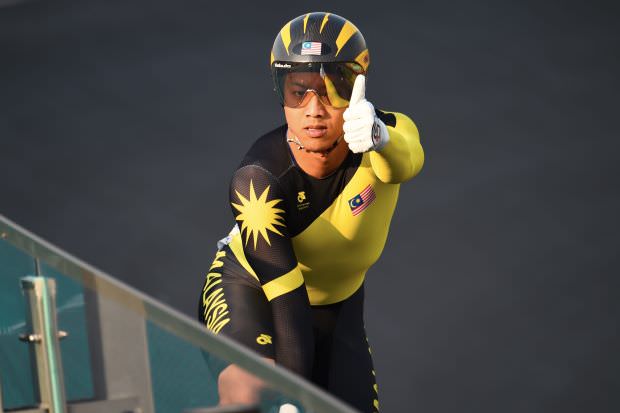 “There were many moments that I could have adopted the RM10 mindset and just complained or quit. But I didn’t and looking back, I received something that RM10, RM100, RM1,000, or even RM1,000,000 can’t ever buy,” said Ng in a Facebook post on his official page on Thursday.

Ng had commented in response to the uproar on social media over the small sums of prize money that were given out at the inaugural Junior Cycling Malaysia (JCM) event which took place last Saturday and Sunday in Serdang.

Photos of winners of the Under-11 and Under-9 events receiving prizes ranging from RM10 to RM30 have gone viral on social media.

On this, Ng said he had spoken up to address the outrage.

“I wrote a small FB message encouraging a change of mindset to focus on the opportunity given to them to race and develop into a champion. There were some positive replies, which was nice to see. However, there were a lot of replies which came from a very negative, almost an entitled viewpoint,” said Ng.

He spoke of his experience as a young cyclist growing up in the United States, adding an imaginary “RM10 boy” to show a negative voice.

“When I was 14 years old, I decided to stop dreaming and make it happen. I recruited my grandma to help me bake 250 chocolate chip cookies to be sold for US$1 (RM3.90), door-to-door. It took me a while but I eventually earned that and bought my first used racing bike from my neighbour for US$250 (RM977) which was a lot of money in 1994,” said Ng.

He added that he finished last in his first Criterium race when he was 15, lapping last out of 30 kids.

“RM10 boy would have said, ‘Aiyo, just quit already! You are not cut out for this’. I did not listen to the RM10 boy. I researched how to train properly and I set out to look for a coach to guide me. A few months later I got a top five placing! Two years later, I was the team captain. And the boy who won the first race I entered was on my team. I was his team captain,” said Ng.

Ng also spoke of being kicked out of his home by his parents on his 18th birthday for continuing to cycle competitively.

“My father told me that on my 18th birthday if I decided to pursue cycling, I can do so but not under their roof. I really didn’t believe they would really kick me out so I continued to race. On my 18th birthday, my father asked me nicely to pack my bags. I remember that day like it was yesterday. He shook my hand and said ‘good luck, son’. RM10 boy would have probably quit and stayed home to play video games,” said Ng.

He said he continued to train while tuning pianos and giving violin and spinning classes to sustain himself.

“I tried to get on the USA national team. I wrote a letter to the US Cycling Federation with my intention of getting to the world stage. They never replied,” added Ng.

He said that while “RM10 boy” would have given up, he returned to Malaysia to join the national team.

“I didn’t know anyone in KL except for my Grandparents. So I organised a trip back and packed my bikes. When I arrived at the newly built KLIA, my grandfather showed up in a beat up two-door Honda Civic full of his plants and things. He didn’t have room for me and my bicycles. So I unpacked my road bike, and rode to his flat in Ampang in the pouring rain. Crazy times but that was a memory I cherish,” said Ng.

He also spoke of surviving an accident while preparing for the 2004 Olympic Games in Athens where he broke his wrist, teeth, nose and lost a lot of blood.

“RM10 boy would have said, ‘It’s okay lah, now you can go for a holiday’. I had to sit out of training for six weeks to heal up from my wrist surgery. Ten weeks before the Olympic games I seemingly had to start from scratch (see photo below). I had lost 4kgs and a lot of my power. I soldiered on and surprisingly rode well enough to make the final. In the final I came within centimetres from winning the bronze medal,” said Ng.

He added that it was easy to go on social media and vent, saying that such activities were unproductive.

“Let us change that glass half empty to glass half full. Let us encourage each other to enjoy sport. Let us be a good example to our youth by supporting clubs, initiatives and events who want to build for a better Malaysian sporting culture,” said Ng.

He added that competitive sports was tough, and that those who have made it to the top ignore negative mindsets and find a way to make things happen for them.