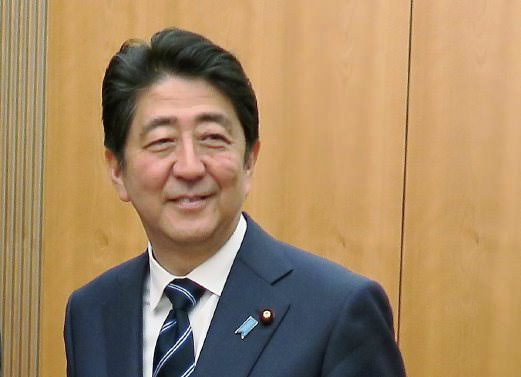 TOKYO: Japan wants to continue working closely with the Prime Minister Datuk Seri Najib Razak administration, which had been instrumental in pushing Malaysia to become a high-income nation and solidifying the Tokyo-Kuala Lumpur ties.

This, he said was further supported by people-to-people exchanges, based on the Look East Policy as well as the vibrant trade and investment activities being carried out between both countries.

“Malaysia is focusing on advancing its economic policy packages, including the 11th Malaysia Plan, with the aim of becoming a high income nation by 2020, under the strong leadership of Datuk Seri Najib Razak.

“Japan is also generating a positive growth cycle in its economy, by steadily implementing economic policies including the Growth Strategy.

“I would like to bring forth the synergetic effects of our two countries’ economic policies, in order to further grow together,” Abe said in his congratulatory speech at the 34th Japan-Malaysia Economic Association (JAMECA), and the Malaysia-Japan Economic Association (MAJECA) Joint Conference, yesterday.

Abe told the conference’s participants that he had the pleasure of meeting Najib six times to date, with both leaders making reciprocal visits to each other last year.

“I earnestly intend to promote further cooperation between our two countries so that our bilateral relationship will evolve in accordance with the needs of our era,” he said in his speech, read at the conference by Japanese ambassador to Malaysia Dr Makio Miyagawa.

Najib, in his speech read out by Malaysian ambassador to Japan Datuk Ahmad Izlan Idris, outlined new growth opportunity areas in the country where greater incentives had been announced, for new investments.

This, he said included those in Kedah and the East Coast Economic Region, particularly in Pahang.

“This conference is being held at a time when the Trans-Pacific Partnership Agreement had been signed and the Regional Comprehensive Economic Partnership negotiations are underway to establish much more comprehensive regional trade partnerships.

“These two initiatives will provide a springboard for a whole range of new opportunities for trade and investments in the region.

“Indeed, the bilateral relations and economic collaboration between Malaysia and Japan will be further enhanced,” he said.

Najib also told participants of the conference that the year had so far seen a few early initiatives carried out, including the Malaysia-Japan Economic Forum, organised under the auspices of the Japan Chamber of Commerce and Industry, as well as the Japan-Malaysia Investment Symposium, organised by Tokyo’s Invest Japan Department.

The JAMECA-MAJECA conference, he said would serve to open up new investment opportunities for both countries.-nst