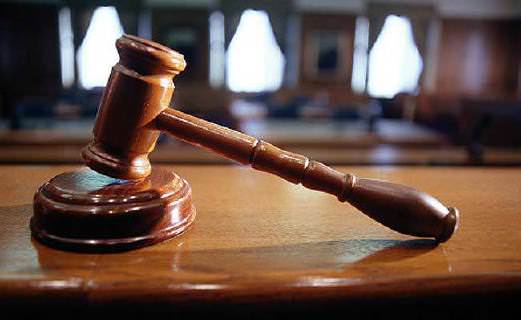 KUALA LUMPUR: A nasi lemak seller was today sentenced by the Sessions Court to eight years jail and ordered to receive one stroke of the rotan for armed gang robbery.

Ariazulfakar Zakaria, 30, pleaded guilty to committing the offence with another person who had been earlier charged, at an internet cafe at No 56-1, Jalan Dwitasik, Dataran Dwitasik in Bandar Sri Permaisuri, Cheras about 7.30am on May 28, where they had robbed Myanmar national Phun Uk, with a parang and a knuckle duster.

According to facts of the case, Ariazulfakar who sells nasi lemak with his mother, was arrested by a police task force on patrol at the Bukit Jalil area. Investigations had revealed that the accused was wanted in relation to an armed robbery case.

The matter was handed over to officials from the Cheras police headquarters criminal investigations department, to whom Ariazulfakar had admitted to committing the armed robbery with an accomplice.

Ariazulfakar, in seeking a lenient sentence, told Judge Azian Othman that he has a mother to support and regretted his actions.

Deputy public prosecutor Fadhly Zamry said Ariazulfakar, who was unrepresented, had intended to rob the internet cafe where Phun worked and made matters worse by slashing him in the arm, which required 13 stitches when the latter refused to hand over money to them.

“He does not regret what he had done because he put up a struggle when he was arrested, and also had slashed the victim at the internet cafe.

“The court must impose a deterrent sentence, as it would be a lesson to Ariazulfakar so that he does not commit similar crimes or go on to break more laws later,” said Fadhly.

Azian also ordered Ariazulfakar’s jail term to start from the date of his arrest on June 20.