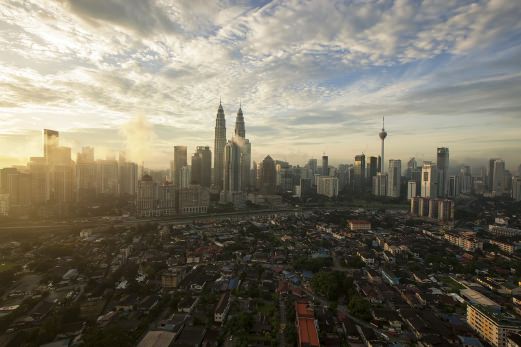 JAKARTA: Emerging markets in Southeast Asia were slammed on Friday as the stunning upset of Donald Trump’s presidential win in the United States reverberated around the world, with Malaysia and Indonesian central banks intervening to try to stem the flow of money out of stocks and bonds.

The latest selloff was triggered by markets recalibrating their expectations of a Trump presidency on broad economic policy, with a consensus that his policies will be inflationary and push U.S. rates up driving investors out of emerging markets and into dollar-based assets.

Yields on benchmark 10-year Treasuries have spiked 41 basis points in the past two days as investors scrambled to readjust their positions.

Emerging markets in Asia are particularly vulnerable to hot money outflows, and deep uncertainty over how broad U.S. and international policy will ultimately play out under Trump has unsettled investors.

On Friday’s Asian session, the differential between the onshore spot rate in the Malaysian ringgit and the offshore NDF rate spread hit its widest since 2009. Ringgit one-month non-deliverable forwards (NDFs) plunged to 4.5280 per dollar, while spot ringgit stood at 4.2670.

The subdued spot rate belied the drama because Bank Negara Malaysia was acting to stem any panic, traders said. Malaysia’s central bank governor Muhammad Ibrahim told reporters on Friday the ringgit should not be priced out of sync with fundamentals, and that it has a responsibility to tell banks to take temporary measures to calm the market.

“We don’t want to be dictated by factors that have nothing to do with the country’s fundamentals,” Ibrahim said.

Traders in Kuala Lumpur said the central bank had told them not to quote offshore rates and was approving large ringgits sell orders on a one-off basis in a bid to keep a lid on things.

The tactic seemed to work with onshore trade reportedly very thin. However, yields on Malaysian government bonds told another story.

Indonesian markets also dived in early trade. Indonesia markets have enjoyed relatively high inflows into it stocks and bonds markets in the past few months, making them vulnerable to hot money outflows at times of uncertainty.

The rupiah fell as much as 2.7 percent, while Jakarta Composite Index fell as much as 3.2 percent to its lowest since Sept 16. Bank Indonesia sold dollars to stabilise the currency, traders said, but it still fell to a four-month low.

“Trump will pick up government spending, which may have (the Fed) raise interest rates faster-than-expected to tame inflation,” saggid Taye Shim, a strategist with Daewoo Securities in Jakarta.

Philippine stocks were also caught in the selloff with the main index tumbling more than 2.5 percent. The Philippines peso, however, was steady at 48.99.