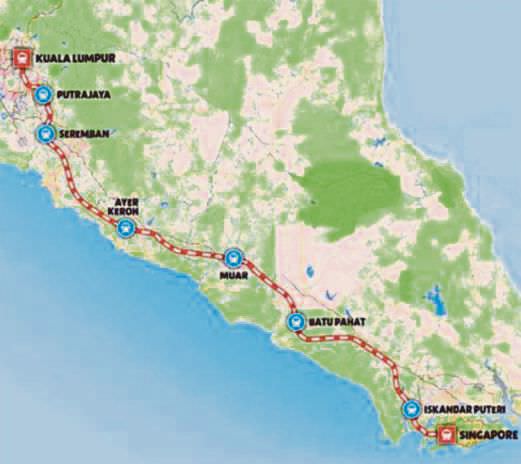 SINGAPORE: Singapore has no plans, for now, to build a third bridge to link the island state with neighbouring Malaysia.

“We are not currently planning for a third bridge.

“I have seen some statements in Malaysia suggesting one, but the High-Speed Rail (HSR) is a very ambitious project,” says Singapore Prime Minister Lee Hsien Loong in an interview with Bernama today.

Lee was asked whether with the HSR, a third bridge was still necessary or even viable.

Business groups, urging for a third land link to Singapore, said it was ‘no longer an option’ citing traffic congestion along the Johor Causeway and Second Link.

Talk about a third bridge has been rife for some time with the corporate community hoping that both governments would sit down and ­seriously discuss the matter.

They opined that the present two links were no longer able to cope. In fact, it was proposed that the third bridge be built at the Kong Kong area in Pasir Gudang, going into Sembawang in Singapore.

They argued that it made more economic sense for the link to be built in this area because it would spur trade between Malaysia and Singa­pore.

Malaysia would be linked with Singapore, via the 350 km HSR project, and travel time would be considerably reduced to just 90 minutes as the trains would run at a top speed of more than 300kph.

For Singapore, the HSR terminus would be located in Jurong East while Malaysia would have seven stations, namely in Bandar Malaysia, Putrajaya, Seremban, Ayer Keroh, Muar, Batu Pahat and Iskandar Puteri.

If all goes well, the first trains will start running around 2026, just 10 years from now. “I would focus all my energy doing that one (High-Speed-Rail) before we launch a new big project,” said Lee.

Lee and Prime Minister Datuk Seri Najib Razak witnessed the signing of the Memorandum of Understanding for the HSR on July 19.