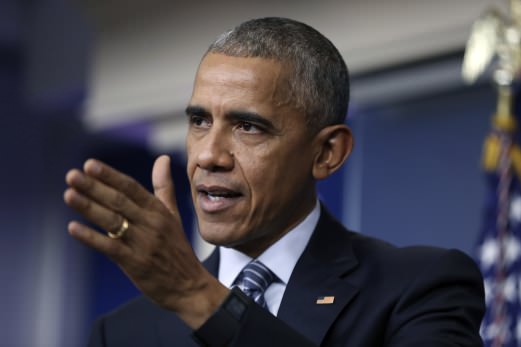 WASHINGTON: President Barack Obama on Saturday said the United States is extending “a hand of friendship to the Cuban people” following the death of revolutionary leader Fidel Castro.

“History will record and judge the enormous impact of this singular figure on the people and world around him,” he said in a statement.

The United States restored diplomatic ties with Cuba in July 2015 and re-opened its embassy in Havana a month later in a historic rapprochement ending more than a half-century of Cold War enmity with the communist island. Obama made a landmark visit to Cuba in March.

“During my presidency, we have worked hard to put the past behind us, pursuing a future in which the relationship between our two countries is defined not by our differences but by the many things that we share as neighbors and friends,” Obama said.

Blocked from ending the US embargo on the island by a Republican-controlled Congress, he pushed reforms through by using executive authority.

The outgoing president said Saturday that in the days ahead, Cubans “will recall the past and also look to the future. As they do, the Cuban people must know that they have a friend and partner in the United States of America.”

The shock victory of President-elect Donald Trump has cast uncertainty over Obama’s two years of moves to restore ties with Cuba.

On Saturday the brash billionaire, who takes office on January 20, called Castro a “brutal dictator who oppressed his people for six decades” but made no mention of his earlier threats to reverse the historic rapprochement.

Obama meanwhile said that “we know that this moment fills Cubans – in Cuba and in the United States – with powerful emotions, recalling the countless ways in which Fidel Castro altered the course of individual lives, families, and of the Cuban nation.”

“At this time of Fidel Castro’s passing, we extend a hand of friendship to the Cuban people,” he said.