Ziana: I am not quitting 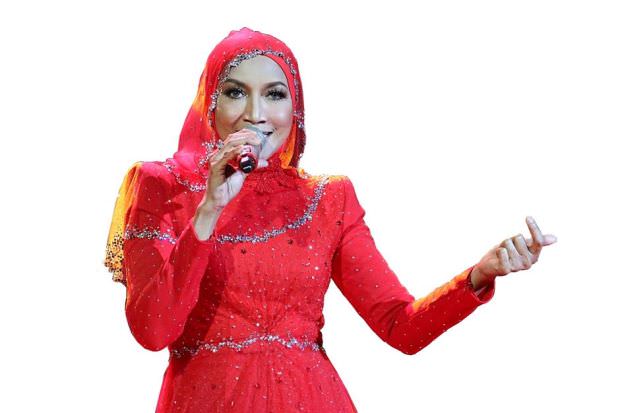 SONGSTRESS Ziana Zain (pic) has no plans to quit the industry, though she admits that, at 48, her vocal prowess is not as it was before, reported Berita Harian.

“I hope my fans realise that the songs I sing are all in high keys. For me to sustain the vocal power that I had 25 years ago is impossible,” she said.

Ziana said she was upset that some of her fans expected too much of her.

“They have to understand my situation and age now. But I’m a singer and I will do my best,” she said.

Ziana said that if she was unable to keep up she would sing in lower keys, adding that it was normal for singers to do this as they aged.

“Beyonce and Mariah Carey do the same.”

“Singing is my passion and it’s in my blood. Whatever it is, people will remember me as a singer,” she added.

> A motorcycle thief, fresh out of prison, went back to his old ways in Jitra, Kedah, but this time, hid stolen motorcycle parts in the coolest place in his home – the fridge, reported Harian Metro.

But it did not escape detection by a police team which raided his house in Kampung Teluk Ara at about 8am on Tuesday after a tip-off.

According to Kubang Pasu OCPD Supt Abd Hadi Hassan, the 36-year-old was released on Sept 21 after serving four months.

He said the man was back in action last month and targeted machines parked at hospitals and night markets.-thestar