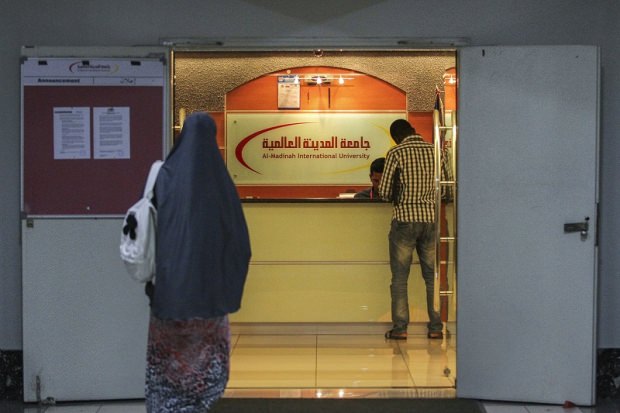 KUALA LUMPUR, Dec 25 — The Education Malaysia Global Services System (EMGS) must be reviewed to comprehensively screen foreign students before they are given visa to enter the country, so as to prevent terrorists from entring the country under the pretext of students.

Deputy Home Minister Datuk Nur Jazlan Mohamed said foreign students were screened by the Higher Education Ministry using EMGS without the involvement of Police or the Immigration Department of Malaysia.

“The EMGS system must be reviewed because the foreign students are not comprehensively screened before they arrive here,” he told Bernama when asked to comment on the existence of foreign Daesh members in this country and the case of four foreign nationals suspected to be involved in terrorism activities and detained by the Special Branch Counter Terrorism Division at several locations in the country from Nov 3 to Dec 16.

Preliminary police investigations revealed that one of the students had been investigated by foreign authorities for involvement in the Daesh militant group.

Further investigations revealed that another suspect had been detained in the Middle East in 2010 on suspicion of being a member of the Al-Qaeda terrorist group.

The three suspects who were detained in Selangor had been deported to their country of origin on Nov 22 and 23.

The factory operator was detained as he was suspected of planning to smuggle firearms to Poso, Indonesia and infiltrating into Myanmar to launch an attack.

Nur Jazlan said the four suspects were detained by police following surveillance and intelligence work after they had entered the country.

Commenting further, he said the government, through the Immigration Department controlled the entry points such as airports, ports and land routes.

However, he said there were suspects who still managed to get through because information of such people with high-risks of becoming terrorists has not been provided by their country of origin.

“They are also not recorded in the list of suspects. But, we believe there are suspects who are smuggled in through unofficial entry points,” he said. — Bernama/malaymail