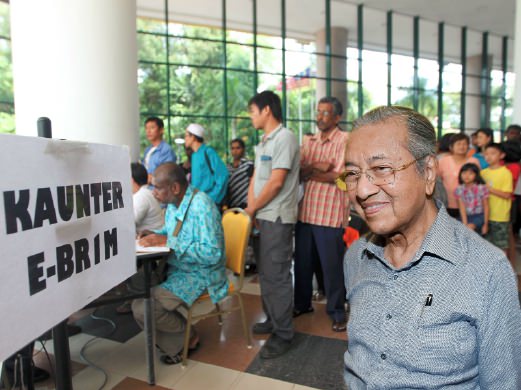 “His views are no longer relevant, and more towards personal interest,” he told reporters at the UPKO Christmas open house in Tamparuli near here yesterday.

Madius, who is also Science, Technology and Innovation Minister was asked to comment on Dr Mahathir’s allegation that the 1Malaysia People’s Aid (BR1M) is a form of bribery and as such, the hand out is deemed illegal.

Since BR1M was introduced in 2012, it has been proven to help low income groups, said Madius.

“Before this, the aid was given in the form of subsidies. Now, it has a target group, which is for the B40 group. How can it be called bribery?” he asked.

He said the assistance was distributed fairly to those eligible, including those who do not support the government.

“If BR1M is a form of corruption, it will be given only to those who support the government. However, the government does not practise favouritism and gives it out to the target group regardless of religion, ethnicity and political affiliation,” he said when contacted.

Abu Zahar said Dr Mahathir should be clear on the definition of corruption, which is an act that would damage one’s morale.

“This is in contrast with BR1M. Even though the amount given is limited and does not solve the overall problem of household expenses, it could reduce the people’s burden.

“We respect him (Dr Mahathir) but his views should be appropriate. Do not come out with a statement that will eventually trouble the people,” he said.

Abu Zahar said BR1M is not a ‘tool’ to win votes, because it is given every year and not just during elections. – Bernama