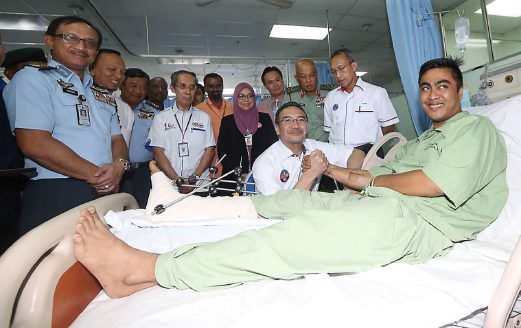 KUALA LUMPUR: The cause of the Royal Malaysian Air Force (RMAF) Beechcraft B200T crash at the Butterworth airbase will be known within weeks.

“The evidence we are getting now will determine in the near future the cause of the incident.

“However, at this moment, it is still too early for us to say anything,” he told a press conference here this morning.

Hishammuddin said he was happy with the progress of the two injured officers.

Meanwhile, Affendi said they are still waiting to record a statement from the key witness, Wai Lik, who is still unconscious.

Asked if any distress call was made or if the aircraft’s black box has been recovered, he said: “Let the investigations take its course.”

He was buried yesterday with full military honours.