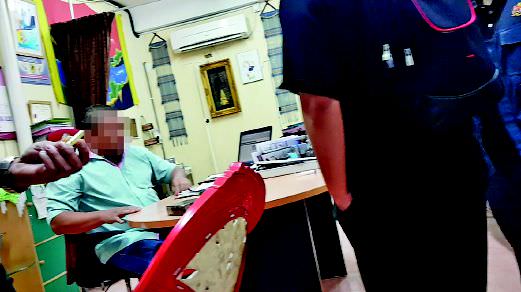 KUALAL LUMPUR: AUTHORITIES keeping the cosmetics industry in check have begun mounting the first raids of its kind, cracking down on rogue doctors who have no issues about instituting harmful beauty concoctions into the veins of those willing to pay for their services.

The New Straits Times’ Special Probes Team had, over the last week, approached the Health Ministry’s enforcement agencies to rein them in.

This was the clincher, the endgame in the team’s extensive, in-depth investigation into the weakness of this profit-driven, “backyard” cosmetics industry, and the countless number of malpractices being perpetrated that put public health at risk.

Months earlier, as it sourced for these harmful products from local dealers and online sellers to send for independent laboratory analyses, the team had obtained lists of clinics, doctors and nurses who would administer or facilitate injections for a fee, and no questions asked.

The results of these lab tests showed that many of these concoctions flooding the market, and popular with Malaysians obsessed with becoming “alabaster white”, were laced with harmful and banned substances like mercury, hydroquinone and glutathione.

Many had also raised concerns and complained about the side effects they suffered from being injected with such beauty products.

The loopholes that had allowed these doctors, some of whom were popular names in the industry, to operate by “skirting around” the edge of the law and getting away with it were evident.

These wayward doctors were, after all, sanctioned by the profession to administer injections.

The only problem is, beauty products are off limits to them and the catch is that they have to be caught in the act.

There was little choice but for the Special Probes Team’s operatives to play agent provocateurs, who would be injected by these doctors with Vitamin C.

At each clinic, “patients”, including the team’s members, were waiting with their vials in hand for their session with the doctor.

No registration was needed. It was a matter of going in, get the jab, and getting out of the doctor’s room.

At one clinic in the city, which was also selling a line of injectable beauty products, the doctor had just pushed in the last drop of Vitamin C into a member of our team’s veins, when the enforcers barged in.

The dumbstruck doctor admitted to his actions when asked if he had just administered an “unregistered” product into his “patient’s” system.

The raiding team did not expect the doctor’s answer when advised against continuing the offence. He bluntly told them it was a promise he might not be able to keep as the money was good.

Several kilometres away, the other raiding party discovered that the registered medical clinic they had just ambushed was also running a “beauty clinic” behind the scenes.

At another clinic, the doctor who was about to be dealt with the law retorted: “Why me? Then you should be going the other clinics, too.

Many of them are doing it!” He was told by a senior enforcer leading the raid that, that was exactly the plan.

Health enforcers had also been initiating countless of raids to curb the aggressive sale of harmful and unregistered cosmetic products.

Bazaars and night markets were among the places they had been focusing on.