‘Zika patient may have got it locally’ 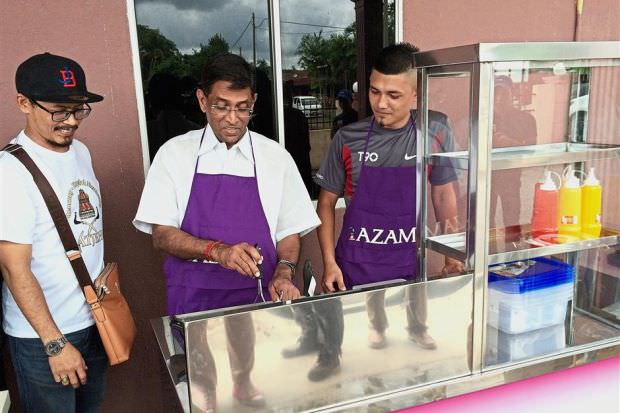 SEGAMAT: The 67-year-old businessman from Petaling Jaya who tested positive for Zika could have contracted the virus locally.

Health Minister Datuk Seri Dr S. Subra­­­­­maniam said the virus detected in the man was similar to that of previous cases discovered in Bentong more than 30 years ago and Sabah about a decade ago.

“The latest patient is a businessman who travels all over Malaysia quite often and he probably got it somewhere locally,” he told a press conference after attending a 1Azam programme at a community hall at Taman Yayasan here yesterday.

The ministry, he said, had taken preventive measures such as conducting tests for the patient’s family members and those living around the patient’s house.

“The patient will be quarantined at the hospital for two weeks to monitor his condition before he is tested to see whether he is cleared of the virus,” he added.

The latest and eighth reported Zika case was detected through the Zika Virus Surveillance System.

It was reported that the patient had fever, nausea and diarrhoea on Nov 28 and received treatment on Nov 30 at the Tanglin Health Clinic in Kuala Lumpur before a blood sample sent to the Institute for Medical Research confirmed him positive for Zika on Dec 14.

On a separate matter, Dr Subramaniam said more than 100 residents in Gerik and surrounding areas were suspected to have malaria following screenings at 12 orang asli villages there.

He said more than 4,000 villagers in the areas in Perak had been tested for malaria as part of the ministry’s proactive measure to detect the disease.

“Many of those tested did not show symptoms of malaria and live normally but blood samples showed that they were actually carrying the parasite,” he said.

He added that those suspected of having malaria would be given treatment for two weeks to eliminate the parasite in their blood.

The 1Azam programme was designed to create better opportunities to help generate better income for the low-income earners and the hardcore poor.-thestar