Johor Sultan: All must know when their time is over 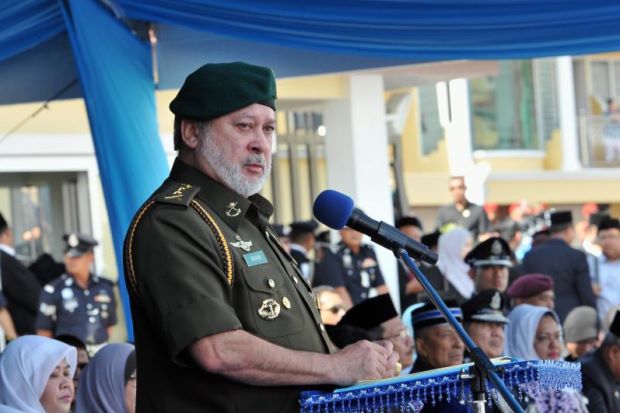 MUAR: Johor Ruler Sultan Ibrahim Ibni Almarhum Sultan Iskandar (pic) chided a former prime minister, saying he will not interfere with Tunku Mahkota Johor if and when he hands over the throne to his son.

In a barely veiled reference to Tun Dr Mahathir Mohamad, Sultan Ibrahim said there will come a time when he will be no longer fit to rule, and when it happens, he will step down and give the throne to his son.

The Ruler said everyone must realise that as they age, their health is also affected.

“Hopefully, I will not be sent to an old folks home,” he said in his speech during the opening ceremony of the Bukit Kepong Emergency Gallery here Thursday.

Sultan Ibrahim said he had noticed politicians playing up several issues, and this could mean that the general election is just around the corner.

He reminded politicians from outside Johor to stop meddling in state affairs and warned them not to confuse and divide the people in the state.

In apparent reference to Dr Mahathir, Sultan Ibrahim said “this politician” had forgotten, or become senile because of his advanced age, that his era is over.

The Ruler stressed that critics of Johor should look at the state now and compare it to what it was 10 or 20 years ago.

“Before this, the state government had no money to pay salaries of civil servants but now, Johor has billions in reserve.

“This success is due to the good relationship I have with Mentri Besar Datuk Mohamed Khaled Nordin, unlike the previous two (mentris besar) who were haughty and arrogant and always followed the Federal Government’s instructions,” he said.-nst