The murder as it happened 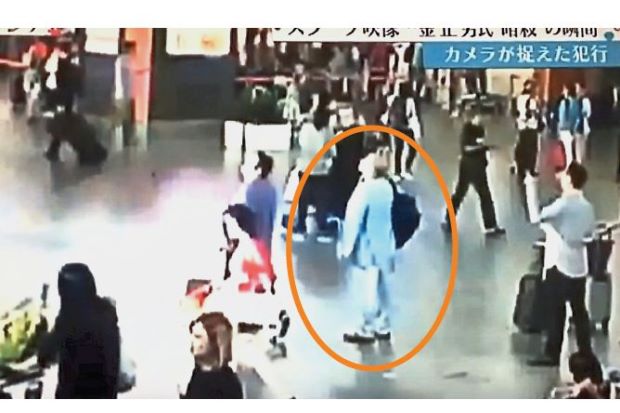 PETALING JAYA: It does not look like an innnocent prank.

A sensational video has emerged on YouTube showing what looks like the attack on Kim Jong-nam at the KLIA2 on Monday.

The slightly over five-minute clip shows a man resembling Jong-nam, wearing a light blue jacket and slacks with a backpack, walking into the airport lobby and looking at the flight schedule before approaching the self check-in kiosk.

The check-in area seems to be fairly crowded but two women then show up from opposite directions.

The woman behind Jong-nam, with shoulder-length hair, ap­­proa­ches him with what could be a cloth or a hood and lunges from behind, to reach over his head and cover his face with the cloth.

It takes only seconds and both women go back in the directions they came from.

The woman who is seen attacking him glances back furtively as she walks quickly away from the scene.

However, those at the check-in area all seem oblivious to the attack.

The woman looks like Doan Thi Huong, the woman pictured wearing the blouse with “LOL”.

Jong-nam looks to be stunned by the attack and is seen walking swiftly to an information counter and speaking to two personnel there, a man and a woman.

The woman takes him to another part of the building where two policemen in uniform listen to his complaints.

His is seen gesturing with both hands to his face and seems to be telling the policemen about the attack.

Although he kept pointing to his face, he looks unharmed.

The two policemen then walk with him to the airport clinic.

Jong-nam could walk normally and did not need any help. The clip ends as he walks into the clinic.

Hours later, came the report that he was dead.-thestar