PM: Stay true to the truth 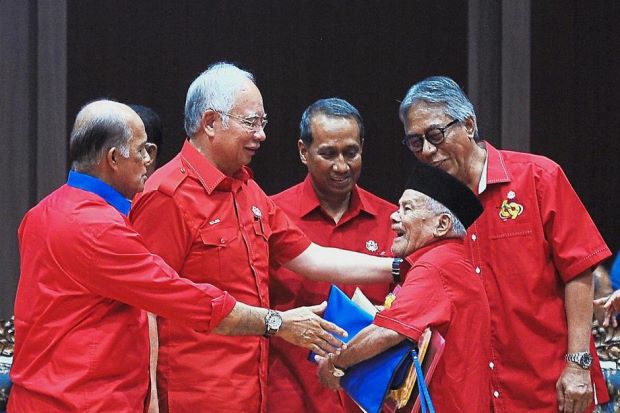 PEKAN: False and inaccurate information can have a huge impact on the direction a country takes, said the Prime Minister.

Datuk Seri Najib Tun Razak said this was evident in the Brexit incident where a decision was made by people who were largely fed wrong information.

“Now the United Kingdom has to exit the European Union. They have changed course and can no longer turn back.

“We also have such incidents where information was spread so the people get angry and lose confidence in the Government,” Najib said at the opening of the meetings of the Pekan Umno branches here yesterday.

He said one such incident in Malaysia was the Lynas rare earth refinery issue played up before the last general election.

“It was such a hot issue that the Opposition said it was akin to building a nuclear power plant in Kuantan. Some also said it would emit dangerous radiation.

“But now that the Lynas refinery has been operating for five years, the Opposition is quiet,” he said.

Najib said in fact, background radiation levels were higher among the people who live in Kuantan than those who live near the Lynas plant in Gebeng.

“But overall, the radiation is so much lower than that set by the International Atomic Energy Agency.

“Kuantan voters were lied to and incited by fear but there was no more Lynas issue after the election.

He said another example was the claim that 40,000 Bangladeshis were imported to vote in the elections.

“When I heard this, I did not think people would believe it because it did not make sense at all. But I was wrong. Many actually believed this happened. They did not even ask themselves how many jumbo jets would be needed to transport 40,000 Bangladeshis.

“There were no 1,000 planes loaded with Bangladeshis that landed in KLIA.

“Sadly, nobody stopped for a moment to think whether this story was true or not until there were voters being chased because they looked like Bangladeshis,” said Najib.

He said it was vital for the people to do research when confronted with information that they were unsure of.

“Otherwise, it can lead to slander and wrong assumption towards others.”

Najib, who is Pekan Umno chief, also reminded party members not to be influenced by the call that changing the Government would make things better.

“We know the Opposition parties are not unanimous in many matters.

“They may try to have the same symbol and manifesto but when their foundation is not uniform, how are they going to agree on po­­licies if they rule the country.

“I do not believe they can do it and this may just be an act. Their objective is to topple Barisan Nasional and Umno but that is only one chapter.

“When what comes next is worse, it is the people who will lose out,” he added.-thestar