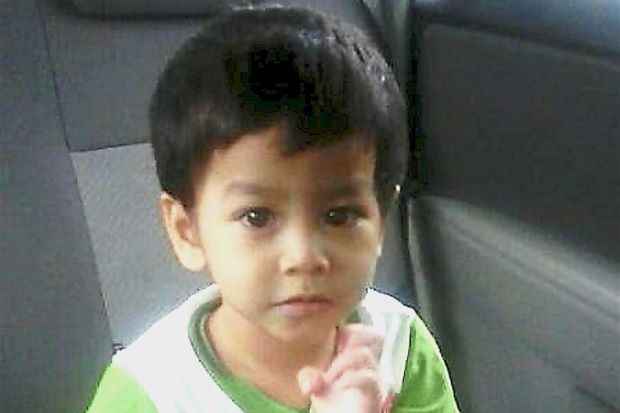 KUALA LUMPUR: A grieving father is trying to come to terms with losing his son after the four-year-old fell to his death from the balcony of a 17th floor apartment.

The boy’s death has left him completely shattered and heartbroken.

“It is just too much … too many tests from God,” said Mohd Azmil Amat, 31, as he wiped away tears while speaking outside the mortuary at Hospital Kuala Lumpur yesterday.

The family’s streak of misfortunes started about six years ago.

Shortly after Mohd Azmil’s daughter was born, his mother died.

His restaurant business in Tanjung Malim then suffered and had to close down.

That’s not all. His daughter was later diagnosed with heart problems and needed to undergo an operation.

As the couple tended to her at the National Heart Institute, another hard blow came.

“Now, my son is gone, too,” said Mohd Azmil, who was still reeling in shock over the tragedy.

Mohd Aqil Azizan (pic), who was under the care of his grandparents, apparently fell in the 5.45am incident at the Lorong Haji Hussein 2 residential area, off Jalan Tunku Abdul Rahman.

“Two chairs were found placed at the balcony door, which we believed were used by the boy to climb on to the railing before he fell over.

“The case is classified as sudden death,” he said.

The boy’s grandfather, Mat Radin, 60, said he was at home when the incident happened.

“He was sleeping with me before waking up and going to the living room on his own. I thought he wanted to play hide and seek,” he added.

Firemen who arrived at the scene had to go door to door to find out where the boy came from.

Mat said he only realised what had happened when they came knocking at his unit.

“I thought he was hiding somewhere but could not find him after searching the whole house.

“I just could not believe my eyes seeing him sprawled on the ground,” he said.

The boy will be buried in his hometown in Tanjung Malim.-thestar