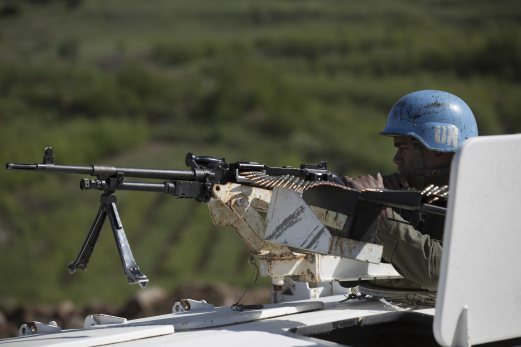 LOS ANGELES — A Syrian-born American businessman living in California in the United States was charged in a federal court with smuggling rifle scopes and other tactical equipment to Syria, China’s Xinhua news agency reported.

Jijakli, aged 56, is a US citizen running a check-cashing company in the Orange County in Southern California.

The indictment does not specify which faction in the Syrian civil war took the equipment illegally exported by Jijakli.

According to an executive order of US Department of Justice issued in 2004, exportation of any US product to Syria except for food and medicine is prohibited.

The indictment alleges that Jijakli, along with three other “co-conspirators” who were all born in the Middle East, bought the tactical equipment from unnamed businesses in California, Arizona, Arkansas and Washington.

They then flew with the equipment to Turkey and delivered them to rebel fighters in Syria between January 2012 and March 2013.

The Orange County Register, a local newspaper, reported Tuesday that on Jijakli’s way back from Syria to California, Jijakli told one of the “co-conspirators” that his trip to Syria was “not too much fun” because he was unable to take part in any military action.

It is not clear how the suspects bring these weapons aboard planes. The Orange County Register said they took flights on Turkish Airlines out of Los Angeles International Airport.

Jijakli pleaded not guilty in US District Court in Santa Ana, 40 km east of Los Angeles. He was to be released on bond of US$250,000, the local newspaper said.

If convicted of all three charges, Jijakli could face up to 50 years in federal prison.