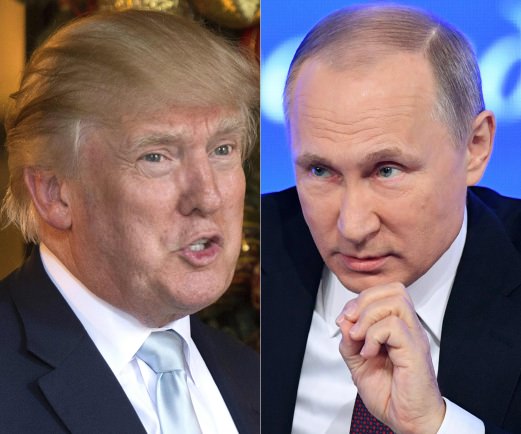 “Our relationship with Russia is at an all-time & very dangerous low,” Trump tweeted one day after signing into law a bill overwhelmingly approved by Congress that imposes new sanctions on Russia and curbs the president’s authority to lift them.

Trump also took a shot at the inability of the Senate to pass an ObamaCare repeal law.

“You can thank Congress, the same people that can’t even give us [healthcare]!” he wrote.

The comments are a shot at Republican and Democratic members of the House and Senate given the broad support in Congress for the Russian sanctions bill.

Besides imposing new sanctions on Russia in addition to Iran and North Korea, it would limit the president’s ability to return diplomatic compounds seized by the Obama administration in retaliation for Russian election meddling.

Russia has overshadowed Trump’s administration from the start.

The sanctions are related in part to findings by the intelligence community that Russia interfered in the U.S. presidential election through a coordinated effort that included hacks of political organizations and a promulgation of “fake news” stories intended to hurt Democratic candidate Hillary Clinton and undermine faith in the U.S. democracy.

Justice Department special counsel Robert Mueller is investigating Russia’s meddling, including possible ties to Trump’s campaign. The investigation has been an annoyance to the president, who fired FBI Director James Comey over it.

Trump and his campaign aides have repeatedly denied collusion with Russia. Trump has decried the Russia probe as a “witch hunt” and as an excuse by Democrats for losing the election.

Russia’s government responded to the sanctions by ordering the U.S. embassy and missions in Russia to reduce its diplomatic staff.

Trump has yet to respond to that action.

Trump signed the bill Wednesday and issued two statements labeling parts of the bill an unconstitutional infringement upon executive authority and his ability to negotiate with Moscow.

“By limiting the executive’s flexibility, this bill makes it harder for the United States to strike good deals for the American people, and will drive China, Russia, and North Korea much closer together,” Trump said in a sharply worded statement.

Trump said he signed the legislation for the sake of “national unity.” He also blasted Congress for its inability to pass healthcare reform in Wednesday’s statement.

“The bill … encroaches on the executive branch’s authority to negotiate,” he said in the statement. “Congress could not even negotiate a healthcare bill after seven years of talking.”

Trump last month met with Russian President Vladimir Putin at the Group of 20 summit in Germany. During the meeting, Trump reportedly pressed Putin about Moscow’s effort to meddle in the 2016 presidential election, which Putin denied.

After the meeting, Trump tweeted that it was “time to move forward in working constructively with Russia.”