About 7.3 Million Lose Power From Irma In U.S. Southeast – Utilities 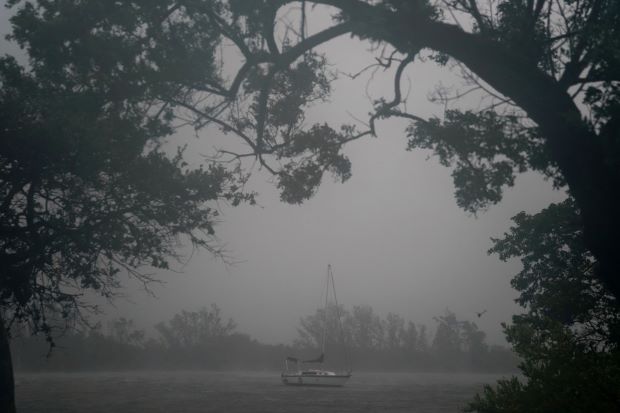 (Reuters) – About 7.3 million homes and businesses were without power in Florida, Georgia, South Carolina and Alabama because of Hurricane Irma, according to state officials and utilities on Monday.

Most outages were in Florida Power & Light’s service area in the southern and eastern parts of the state. A unit of NextEra Energy Inc and the state’s biggest power company, FPL said its outages dipped to around 3.5 million by Monday afternoon from a peak of 3.6 million earlier in the day.

As the storm weakens as it heads toward Georgia, outages have leveled off or even declined at other Florida utilities, while increasing in Georgia, South Carolina and Alabama.

Florida outages for Duke Energy Corp , which serves the northern and central parts of the state, increased to almost 1.2 million, according to the company’s website.

Irma hit southwest Florida on Sunday morning as a dangerous Category 4 storm, the second-highest level on the five-step Saffir-Simpson scale. It gradually weakened to a tropical storm by Monday morning.

The storm, which was moving into southern Georgia, was packing maximum sustained winds of 60 miles (97 km) per hour, according to the U.S. National Hurricane Center’s latest update at 2 p.m. EDT (1800 GMT).

Other big power utilities in Florida are units of Emera Inc and Southern Co , which also operates the biggest electric companies in Georgia and Alabama.