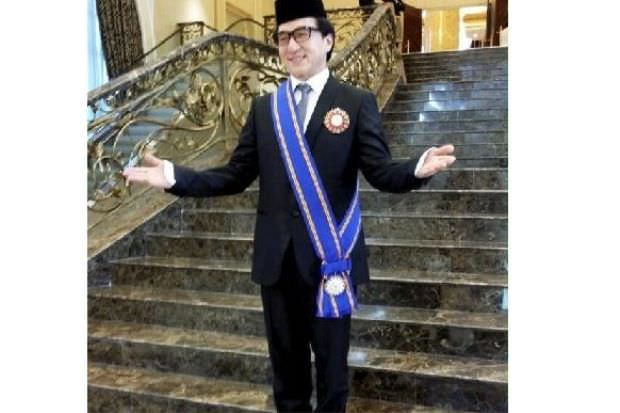 The global superstar didn’t even know his father’s real name or profession until recently.

The Hong Kong-born movie star revealed in a recent interview that he had spent time as a teenager growing up in  Canberra, Australia with his mother and father when he moved from Hong Kong to live with them.

‘My father was a spy hiding in Hong Kong and hiding in Australia at the American embassy for so many years,’ Jackie revealed.

In the recent interview with AAP, Jackie also recounted how he got his world famous name ‘Jackie Chan’.

“I am Australian,” he began explaining about the years he had spent there, entertaining viewers with anecdotes on how he got to be named ‘Jackie’.

My friend was a driver for the embassy. His name was Jack so it was, ‘OK, call him Jack’.” Jackie said in the interview.

After learning more English he subsequently changed his name to Jacky.

“Then I made movies, but none were a success. The box office was no good.” He said. “I changed to another company, Golden Harvest, and they said ‘y is no good. You should change it to ie — Jackie’.” And that’s how his name came around, the action superstar said.

“One day I was driving a car with my father and suddenly my father turns around and says, ‘Jackie, I’m very old. I might not get up next morning. I have a secret to tell you — you are actually not Jackie Chan. Your name is Fong,” Chan revealed his real name in an earlier interview with ScreenTV.

Although his parents Charles and Lee-Lee lived in Canberra, Jackie spent most of his younger years away from them in a Hong Kong boarding school, News.com.au reported.

As it turns out, the long years in the martial arts movie capital was a golden opportunity as he honed his now world-renowned martial arts and acrobatic skills there.

Chan was recently back in Australia promoting the new Lego Ninjago film which he previously shot several scenes in Sydney.

“At the same time I’m dubbing the Lego movie.” Jackie’s latest work will feature him providing the voice for the character Master Wu in the recently released The Lego Ninjago Movie.