Cuba To Make It Easier For Cuban Americans To Visit 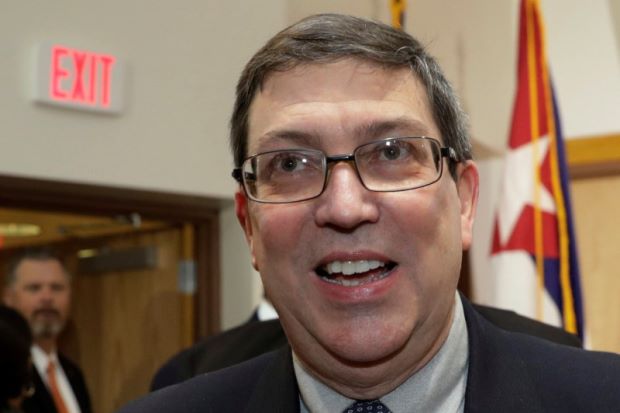 WASHINGTON: Cuba will make it easier for its U.S.-based citizens to travel to the island, Foreign Minister Bruno Rodriguez said on Saturday, in a gesture to win support from Cuban Americans during a diplomatic crisis over allegations of mysterious health attacks, Reuters news agency reported.

He said Cuban citizens in the United States would no longer need to have a special review of their Cuban passports to rehabilitate them before travelling to the island.

Rodriguez said that procedure had become more difficult due to staff shortages at the Cuban embassy after the U.S. government expelled 15 Cuban diplomats this month due to the dispute over the mystery attacks on U.S. personnel in Cuba.

While the United States has not formally accused Cuba of carrying out what it says are attacks that have caused hearing loss and cognitive issues in its diplomats, President Donald Trump said last week Havana was responsible.

Tension over the alleged attacks, some of which involved high-pitched sounds, came after Trump said in June he wanted to partially roll back the historic detente between the United States and Cuba, ordering tighter restrictions on travel and trade. These have yet to be unveiled

Rodriguez said Cuba was making it easier for the children of Cubans in the United States to attain Cuban nationality and allowing Cuban Americans to travel to the country on cruise ships that embark at two ports on Cuba.

Havana will also allow some Cubans who left the country illegally to return, he said.

There are roughly two million Cubans or Americans of Cuban origin in the United States.