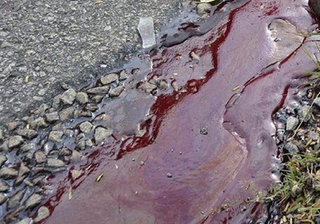 MOGADISHU: Somalia’s Islamist group Al Shabaab on Thursday publicly stoned a woman to death in a town in the south for cheating on her husband, an official told Reuters.

Al Shabaab, which has been waging a war for years to topple the Horn of Africa country’s western-backed government, seeks to bring in rule based on its strict interpretation of sharia law.

Sakow, a town about 515km southwest of the capital Mogadishu, is in an area entirely under Al Shabaab’s control.

Members of Al Shabaab have in the past handed out harsh punishments for religious infractions including hacking off of limbs for alleged thieves and public executions.

Isak lived with her legal husband and children in Hagar village in Jubba, but cheated on her husband after she told him she was travelling to Mogadishu to visit her relatives, Abdalla said.

Her legal husband, Ali Ibrahim, subsequently found out his wife did not go to Mogadishu but instead had married again and was living with another husband in Sakow.

“Her legal husband brought the case to the court. She admitted she illegally married a second husband,” Abdalla said.

“According to the Islamic sharia she was publicly stoned to death this afternoon.”

The offending second husband had fled, according to Abdalla. — Reuters