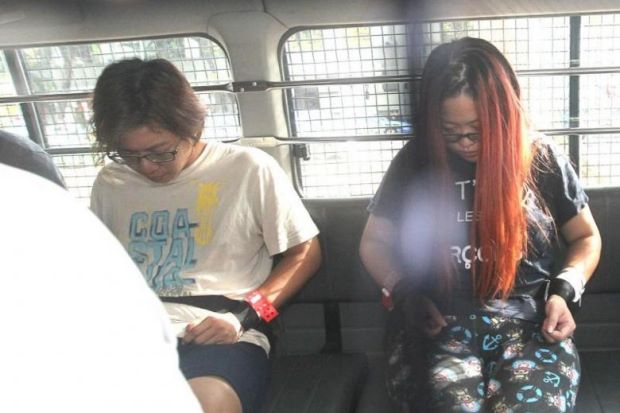 SINGAPORE: Nearly every day for months, a 31-year-old woman physically abused a friend who lived with her, to “punish” her for lying and other purported misdeeds.

In March 2015, Tan Hui Zhen and her husband Pua Hak Chuan started using a 1-kg roll of shrink wrap to assault the victim, a 26-year-old waitress who had intellectual disabilities. They deliberately targeted her buttocks, where her injuries would be inconspicuous.

The beatings left blisters on Annie Ee Yu Lian’s buttocks – one about 8cm in diameter. The injuries were so serious the couple used sanitary pads to dry the wounds and bandage them.

They repeatedly beat her with the shrink wrap, smashed a plastic dustbin down on her, and left her on her mattress groaning in pain.

The next morning, when they checked on her, she was lifeless.

On Monday (Nov 27), Tan, now 33, and Pua, now 38, pleaded guilty to various charges for the extensive torture of Ee, who died from multiple injuries in their Woodlands four-room flat. They were initially charged with murder.

Describing their acts as “an appalling case of abuse and cruelty”, prosecutors are seeking 15 years’ jail for Tan and 14 years’ jail and 12 strokes of the cane for Pua.

“Annie thought she had found a home and a family with the two accused. Unfortunately, they were not motivated by altruism,” said Deputy Public Prosecutor April Phang.

The DPP said the couple exploited the victim and subjected her to eight months of psychological and physical torture. The couple’s “use of gratuitous violence and senseless brutality” led to her “excruciating” death, said the DPP.

Tan and Ee were 17 and 13 respectively when they first met in 2001. Tan was a sales assistant at a clothing shop Ee’s mother frequented. They lost touch but rekindled their friendship in 2013.

Ee, who became estranged from her family, moved into Tan and Pua’s flat in late 2013 and was tasked to do the housework. She called Tan “jie jie” (older sister in Mandarin) and Pua “jie fu” (brother-in-law).

Tan started assaulting Ee in August 2014 after she blamed the victim for a bedbug infestation. Tan slapped and whipped her, tried to strangle her, banged her head against a wall, and kicked and stepped on her.

Pua was the “standby slapper” who occasionally took over when Tan became tired.

Ee suffered in silence as Tan punished her for misdeeds such as lying or taking too long in the shower.

After the couple realised that Ee was “afraid” of being hit with the shrink wrap, they decided to assault her with it.

Almost daily, the couple beat her with the roll of wrap, making her verbalise her “mistakes” and declare that she would “change”. The beating sessions went on for as long as two hours.

In the weeks before her death, the couple noticed she was becoming weak and was panting for breath. Pua suggested they stop hitting her to allow her to recover before “starting anew”.

But after a few days, Tan resumed hitting Ee to punish her for breaking the rules.

On the morning before the fatal assault, Ee cut her wrist with a pair of scissors but Tan took the tool away.

The couple then went out. Returning, they found her lying face down in a puddle of urine. When Tan scolded her, Ee said she could not control her bladder.

As Tan mopped up the mess, Ee changed into a clean top but did not put on any shorts as her buttocks were too swollen and painful.

That evening, the couple left the flat to buy food for her and returned to find her in her own urine again.

Angered, Tan decided to punish her for her “bad attitude”.

Tan forcefully swung the shrink wrap against Ms Ee’s back multiple times as the victim pleaded with her to stop. When told to return to her room, she lost her balance and fell to the floor.

Pua told the victim to “stop acting” before thrusting the shrink wrap at her abdomen as she curled her body up. Not satisfied, he smashed a dustbin down on her with such force that the plastic cracked.

The next morning, after discovering that she was dead, Pua tore off a layer of plastic from the shrink wrap and flushed it down the toilet to get rid of fingerprints.

Tan then called her own brother to say Ee had committed suicide but eventually called the police.

When the officers arrived, Tan said the victim was a clumsy person who would often injure herself. She also claimed that Ee often jumped up and landed on her buttocks for no apparent reason.

The couple later admitted assaulting her.

An autopsy report showed that Ee suffered fractures to seven vertebrae and 12 ribs.

Tan’s lawyer, Josephus Tan, described the case as one of a “mismatch of expectations” between the parties. He said Tan’s mental health was affected after she had suffered three miscarriages.

An Institute of Mental Health report said Tan’s mental construct was “complex” as she had multiple psychiatric conditions including a borderline personality disorder and depression.

Lawyer Cory Wong, representing Pua, said his client did not dare stand up to his wife. – The Straits Times/Asia News Network