Poland Says It Has Zero Tolerance For Neo-Fascism 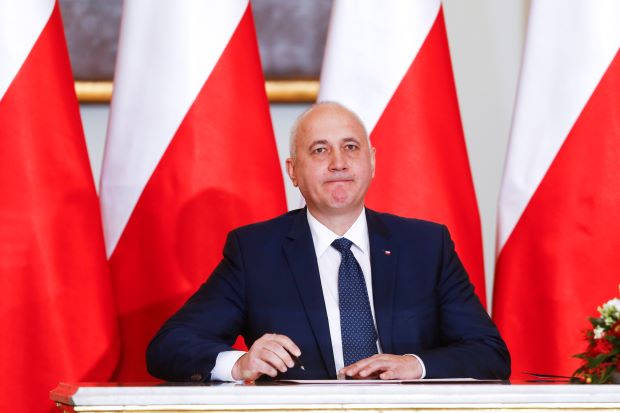 WARSAW (Reuters) – Poland’s right-wing government said on Thursday it had no tolerance for neo-fascism, after opposition lawmakers charged that its nationalist, eurosceptic focus was helping to reinvigorate the far right.

Filmed with a hidden camera, the footage showed members of the group dressed in Nazi uniforms, burning a wooden swastika, making Nazi salutes and sharing a cake with a symbol of a swastika made of chocolate cookies.

The same group, called “Pride and Modernity” (DiN), hanged portraits of opposition lawmakers in November, after the lawmakers backed a European Parliament resolution calling on the Polish government to reverse its overhaul of the judiciary and condemn a “fascist march” held earlier that month in Warsaw.

“The fact that such creeps have to hide in a forest is a success of our whole society,” he said, adding authorities would seek to ban the organisation and prosecute its members.

The ruling Law and Justice (PiS) party has walked a thin line with right-wing groups. It fears the emergence of a rival further to the right, but it does not want to alienate more centrist voters.

It condemned displays of racism and anti-Semitism organised by far-right groups at a November march, for example, but it did not condemn the march itself, saying most of the marchers were “patriots”.

Opposition lawmaker Slawomir Nitras, a member of the centrist Civic Platform (PO), which lost power to PiS in 2015, accused the government on Thursday of emboldening the far-right.

One example given by opposition lawmakers was that the prosecutor’s office, brought under direct government control by PiS, has appealed the conviction of a man who burned a Jewish effigy in Wroclaw in 2015.

“You are spreading hate, downplaying the problem, feeding the monster that has now grown,” said lawmaker Katarzyna Lubnauer from the Nowoczesna party. “Now, full of hypocrisy, you are pretending that you fight this.”

Spreading totalitarian ideologies like Nazism or communism is punishable by jail in Poland, a country that was invaded both by Nazi Germany and the Soviet Union during World War Two, then dominated by the Soviets after the war.Reposting by Marcin Goettig.