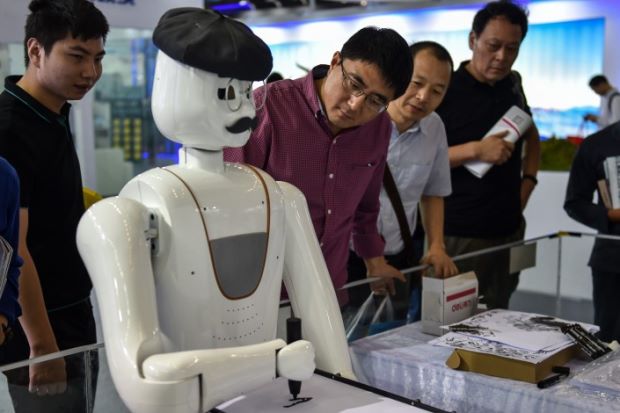 As artificial intelligence (AI) and big data technologies become more prevalent, a survey has found that three out of four people in China are worried about the threat that AI poses to their privacy, challenging the popular notion that the Chinese care little about giving up personal data.

State broadcaster China Central Television (CCTV) and Tencent Research surveyed 8,000 respondents on their attitudes toward AI as part of CCTV’s China Economic Life Survey. The results show that 76.3% see certain forms of AI as a threat to their privacy, even as they believe that AI holds much development potential and will permeate different industries. About half of the respondents said that they believe AI is already affecting their work life, while about a third see AI as a threat to their jobs.

Anxiety has risen over how intrusive AI will be and if they will steal jobs away from humans as companies increasingly deploy the technology, from recommending videos and songs to replacing cashiers with facial recognition and mobile payments. The World Bank estimates that three out of four jobs in China can be replaced by automation by 2030.

The CCTV-Tencent survey findings reinforce the view that Chinese consumers are becoming more aware and vocal about their privacy and how their personal data is used. The conventional wisdom up to recently has been that Chinese users care little about privacy, that they accept the trade-off of giving up a large amount of personal data in return for the convenience provided by services that rely on that data.

Tencent’s WeChat messaging unit said in January it did not spy on user conversations nor retained records, after Li Shufu, the founder and chairman of carmaker Zhejiang Geely Holding Group, reportedly said that Tencent chairman Pony Ma Huateng “is watching us through WeChat everyday because he can see whatever he wants”.

Ant Financial in January apologised for making the opt-in to its Sesame Credit third-party commercial credit scoring service the default when users opened a new report in its app, a move that angered some users who felt the company was misleading them into handing over their data. Baidu, the operator of China’s largest online search engine, was accused by a Chinese consumer rights protection group of collecting personal information without obtaining users’ permission.

The Ministry of Industry and Information Technology (MIIT) said Baidu, Ant Financial and Beijing ByteDance Technology, which runs popular news aggregator Jinri Toutiao, had been negligent in telling users about how collected personal data is used, following a series of media reports about how the services operated by those three companies have misled users and violated their privacy.

In addition, the regulator said it will monitor the policies of the companies, warning them of severe punishment for any violations. It did not elaborate about potential penalties. — South China Morning Post