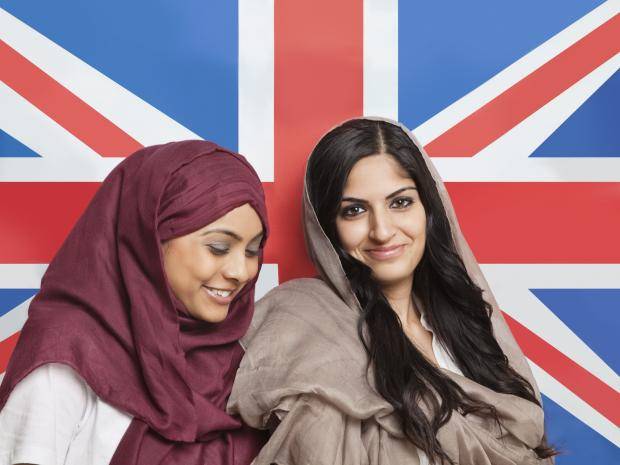 In 2017, the National Union of Students in the UK launched a survey into the experiences of Muslims studying in further and higher education in the UK.

In the report published yesterday, one in three respondents said they were “fairly or very worried” about their religion being the reason for physical or verbal attacks, or even getting their property damaged or stolen.

This fear is significantly higher among women respondents who wear a religious Islamic garment, such as a hijab, niqab or jilbab.

One in three have been the victim of some type of abuse at their schools, while one in five have been verbally abused in person.

Islamophobia – defined as any behaviour that makes it hard for Muslims (or those perceived to be Muslims) from enjoying their rights and freedom in public – is another key cause of concern.

Almost 80 percent believed Islamophobia is the key driver of such abuse. Seven out of 10 said the perpetrators behaved in an Islamophobic way before, during or after the abusive incidents.

Muslim students believe these abuses are a result of their faith based on the abusive incidents coinciding with recent terrorist events or anti-Islamophobic activism.

“We are deeply concerned about Islamophobia and anti-Muslim sentiment within the education sector and society as a whole. Action must be taken immediately by institutions and students’ unions to safeguard Muslim students – especially women – against racism in or around campus,” said Hareem Ghani, the NUS women’s officer, as reported by The Guardian.

NUS received 578 responses from their survey, which was advertised via the NUS Extra student database. Almost all respondents were in full-time education and 82 percent were UK citizens.

The findings come in the wake of ‘Punish A Muslim’ letters arriving on British doorsteps in early March which stated points would be awarded for acts of violence – “butcher a Muslim using gun, knife, vehicle”, “burn or bomb a mosque” and “pull the head-scarf off a Muslim woman” – against Muslims on April 3.

According to the New York Times, there are around 2.7 million Muslims in the UK. They make up 4.4 percent of the population in the UK, mostly living in England and Wales, as found by a 2011 census.

Britons, however, hugely overestimate the number of Muslims in their community. An Ipsos Mori perception survey in 2016 found Britons think one in six Britons are Muslims, when actually fewer than one in 20 are.

The NUS survey also found that an overwhelming majority of Muslim students agreeing that Muslims and Islam are negatively portrayed in the media. Eighty-nine percent felt attacks on Muslims did not get an equal amount of press coverage, compared to attacks on other racial groups.

Prevent, the UK government’s counter-terrorism strategy that requires educational institutions to report on students deemed vulnerable to radicalisation, has a significant impact on Muslim students as well.

Almost one in three students have been negatively affected by Prevent, from being referred to authorities to having events cancelled or majorly changed because of it. Out of the group who reported being affected, almost half (43 percent) felt they could not express their views or be themselves.

The shadow education secretary, Angela Rayner, said universities had a duty of care to students, none of whom should feel unsafe because of their religion, ethnicity or gender.

“Our universities are places of learning and debate, and should also act as a safe space for all students from fear of persecution, harm and bigotry,” Rayner said.